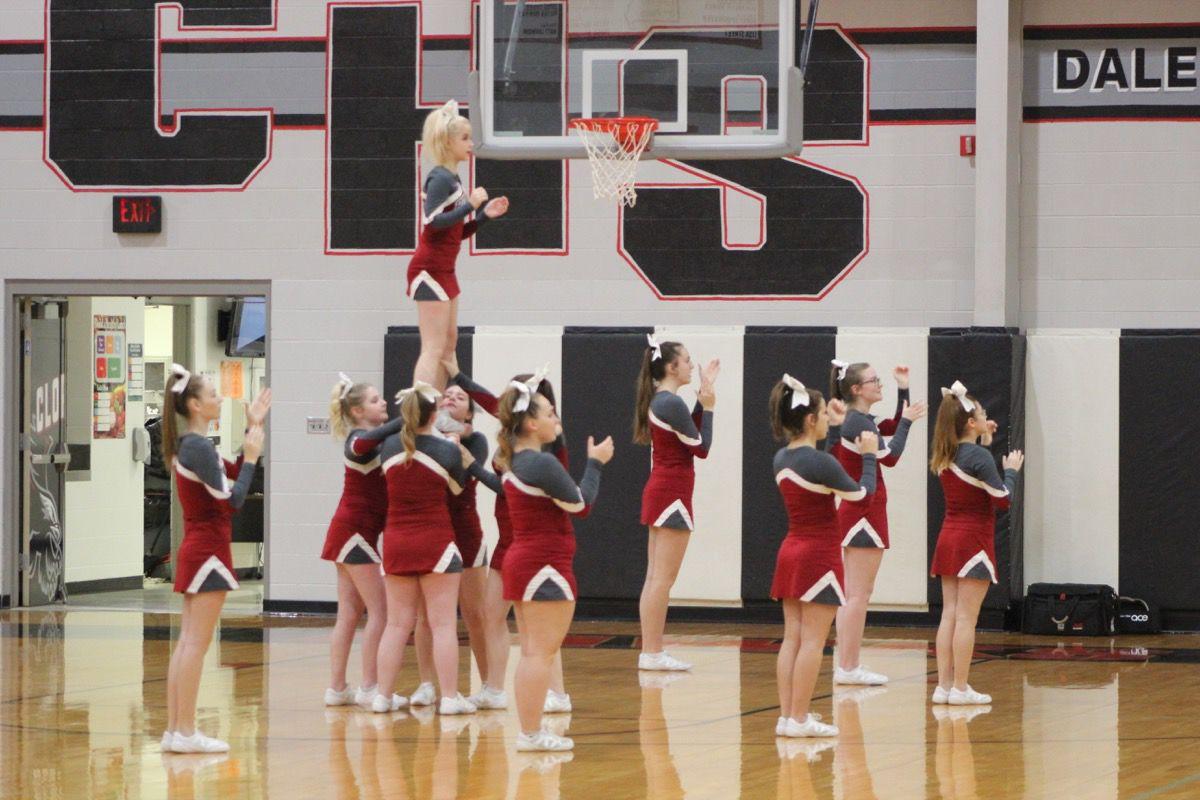 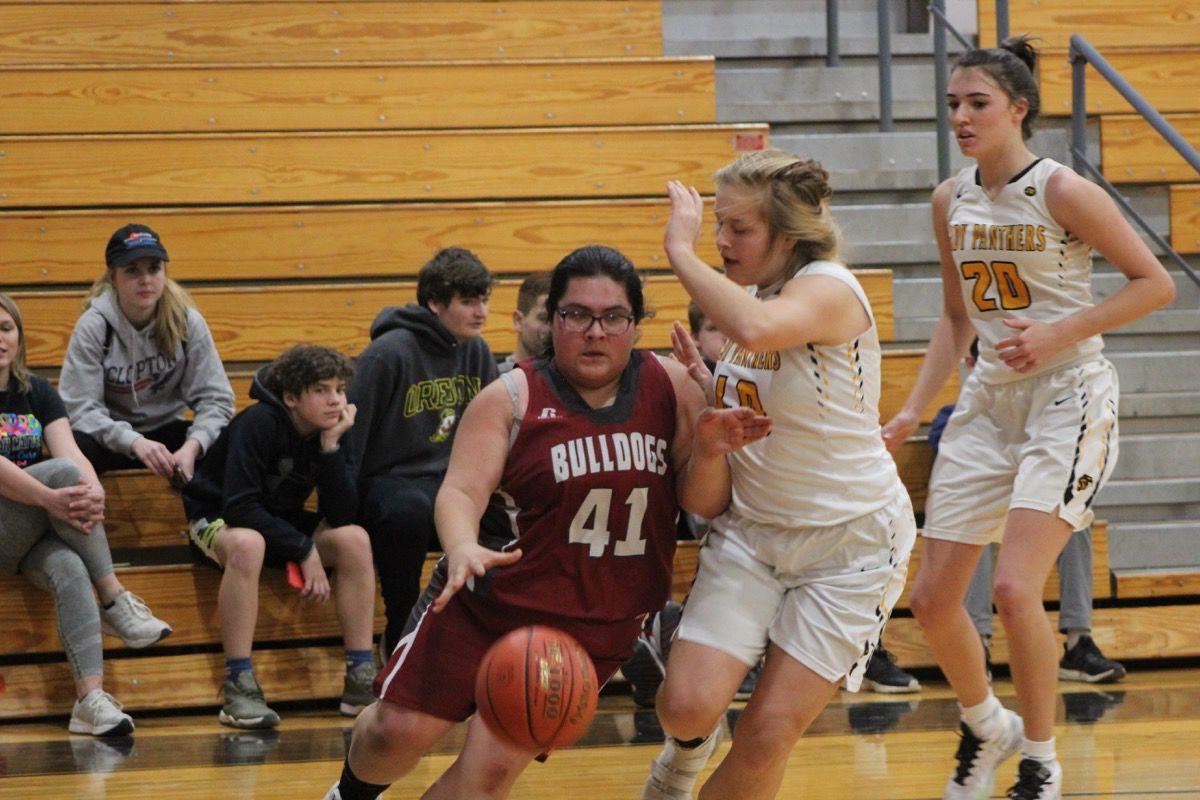 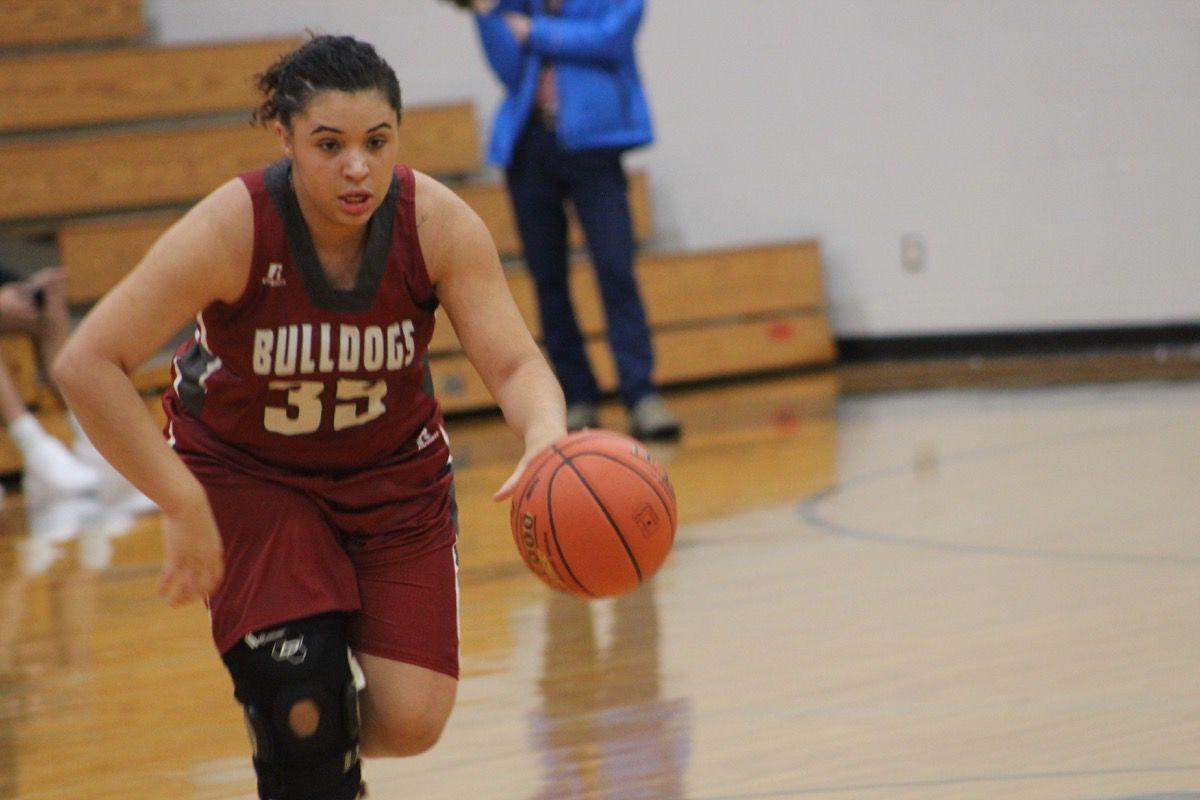 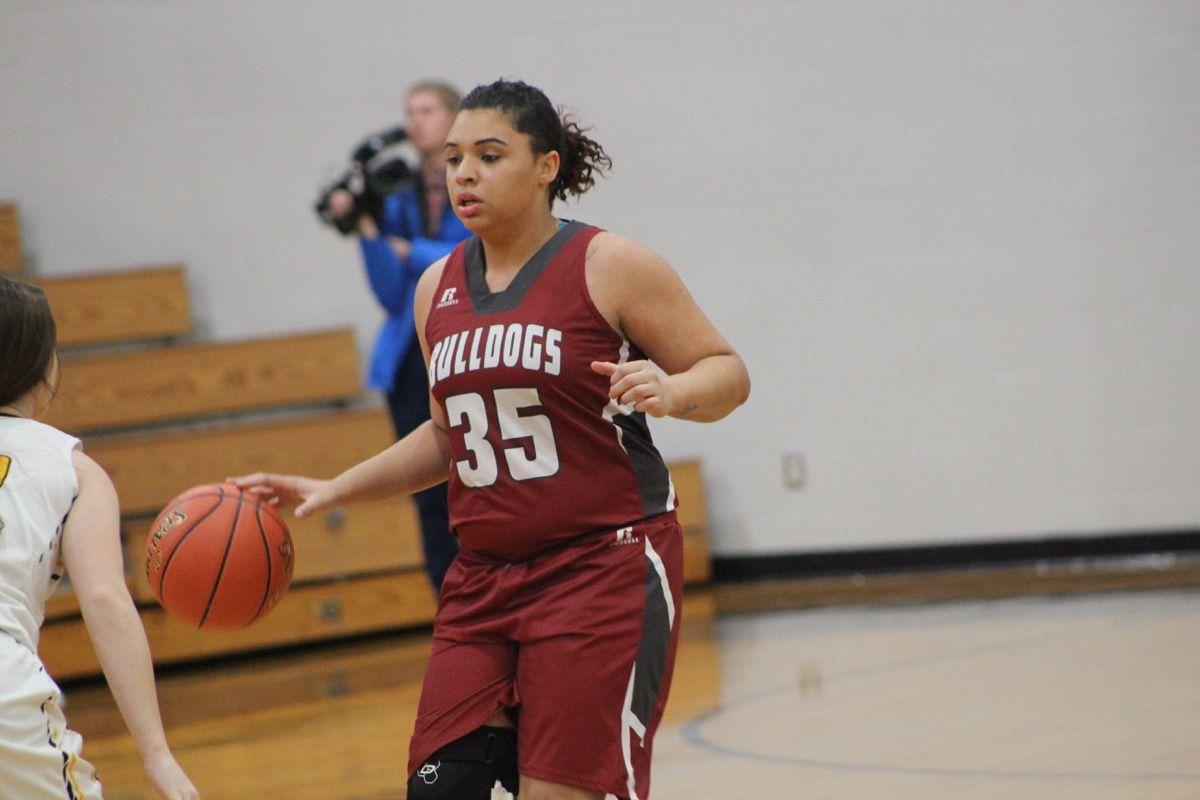 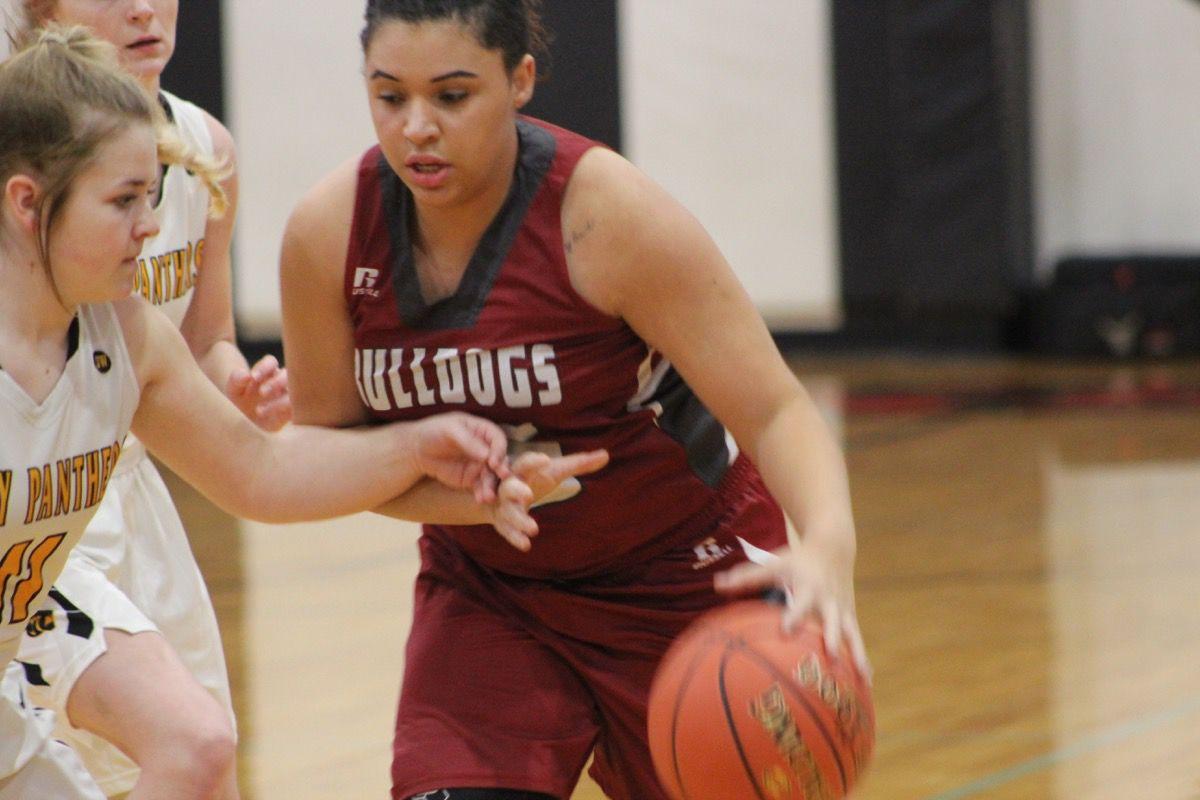 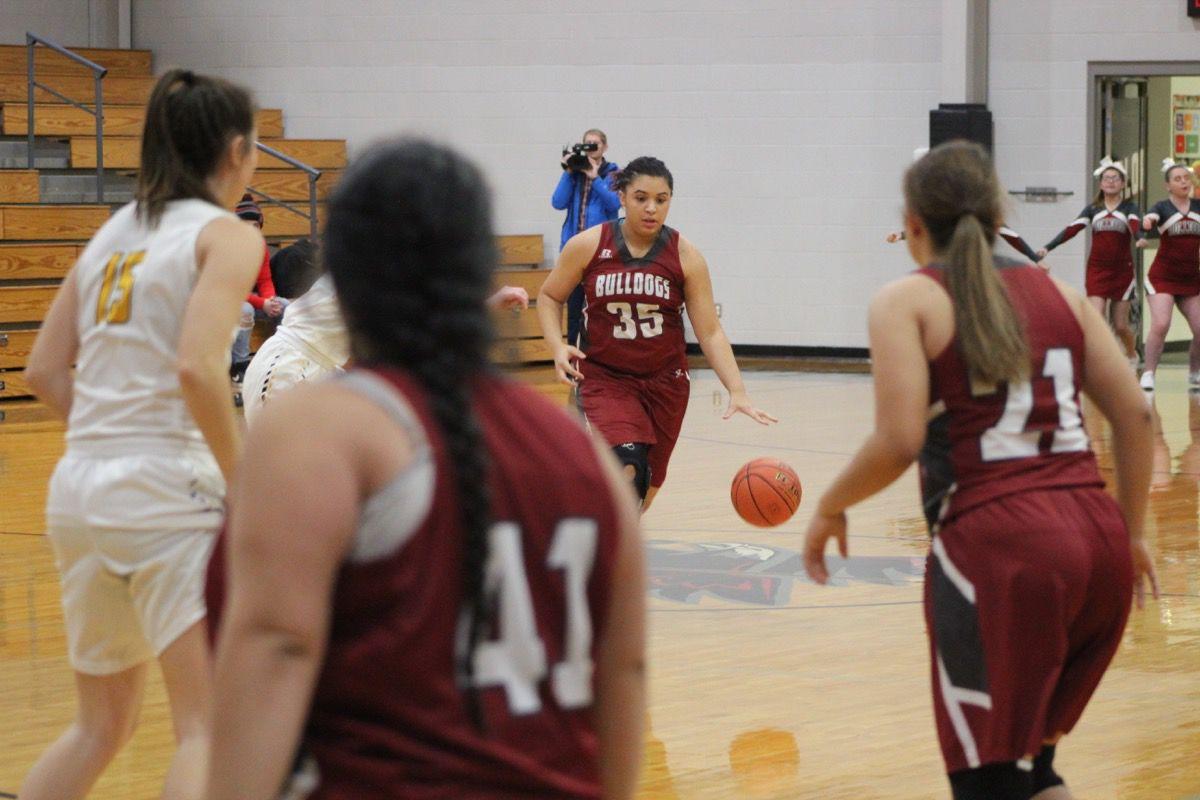 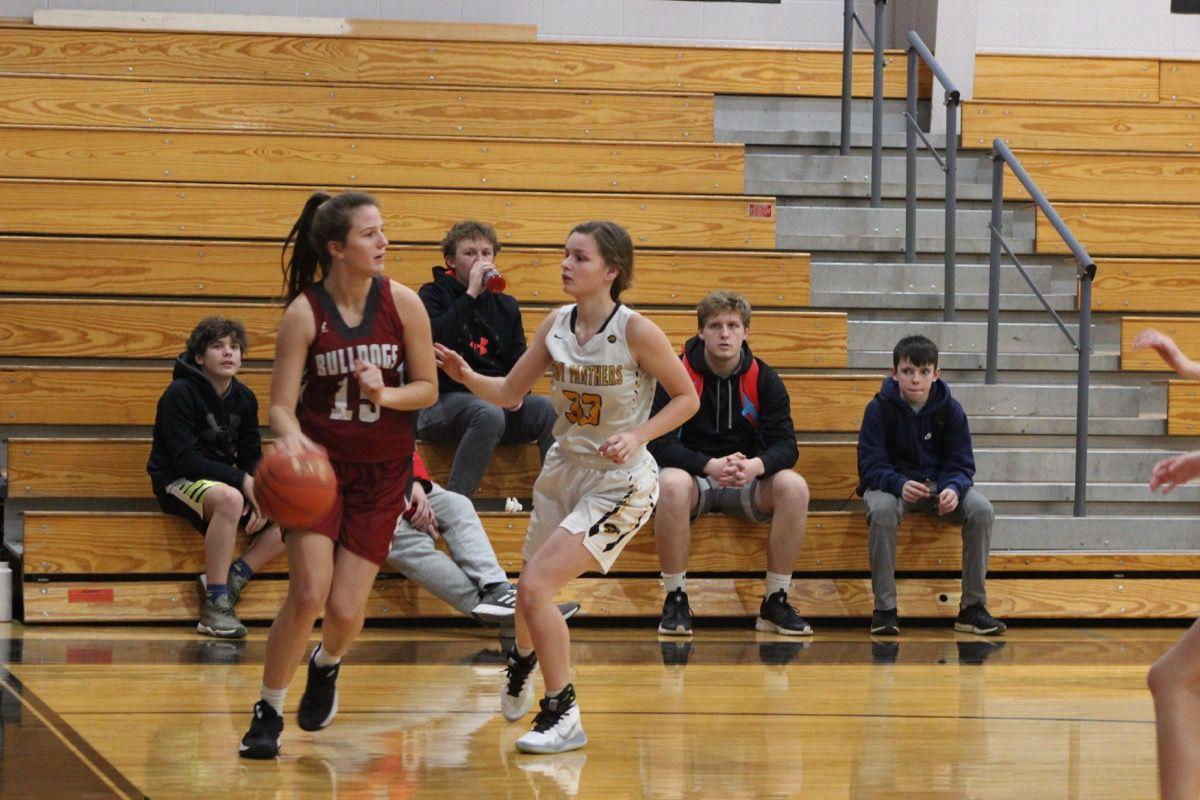 CLOPTON – The Monroe City Panthers proved a punishing pair-up for the Louisiana girls team’s return to the basketball court Monday.

The team had been sidelined because of low numbers compounded by injuries. They returned, as planned, after Christmas break, opening the 24th annual Clopton Invitational Tournament. All told, Louisiana last played almost a month ago on Dec. 10.

Louisiana was shut out entirely until the last seconds of the second quarter, when senior Stacie Strickfaden put up a mid-distance field goal from center court. The first quarter had ended 20-0, and Monroe City only built up steam in the second. The second half began 49-2 Monroe City.

The third quarter wasn’t quite as barren for Louisiana, with another field goal by junior Jaidyn Womack and a buzzer-beating three-point shot by senior Mechia Campbell. The quarter ended 63-7 Louisiana.

Senior Faith Rule scored Louisiana’s only basket in the fourth quarter, snatching a pass out of the air as Monroe City tried to bring the ball down the field.

Correction: The original version of this article misstated Louisiana's opponent in Monday's game. It was Monroe City.

MONROE CITY – Louisiana’s girls basketball team lost 75-5 to Palmyra in their first round match at the opening of the Monroe City Tournament Tuesday.