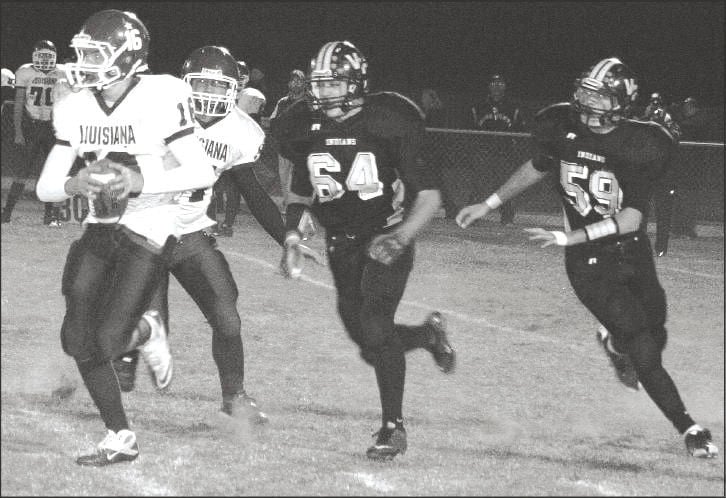 In this Press-Journal archival photo, then-junior Greg Pitzer breaks past Van-Far in the game that gave the 2011 Bulldogs squad the team’s first appearance in playoffs since 1999. 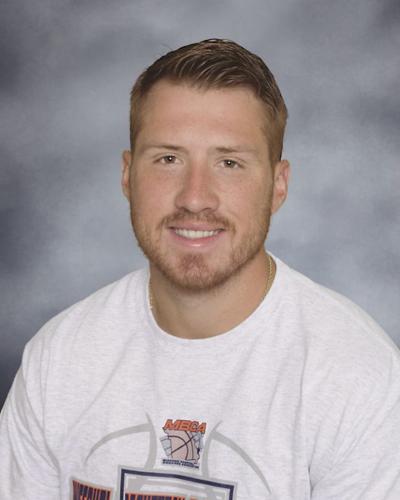 LOUISIANA – A former quarterback for the team will lead the Louisiana Bulldogs into their next season, the school district announced Wednesday, March 25.

Greg Pitzer’s hire was made official at last week’s school board meeting.

“I was very excited. This is a position I’ve been interested in for a while now,” Pitzer said. “I’m very hopeful and grateful for the opportunity, and ready to get to work.”

Pitzer started teaching at his alma mater in 2017 after he graduated from Central Methodist University in Fayette, Mo. He has been part of the high school team’s coaching staff and served as the head coach of Louisiana’s middle school team.

Louisiana Athletic Director Ryan Griffin said he and other district leaders interviewed five candidates, some from within the district and some from outside before deciding to recommend Pitzer. The position was posted after previous head coach Joe Calhoun left the role.

They had been impressed, Griffin said, by his ability to keep players interested — a valuable attribute for a team that struggled to fill its roster last season. “He’s from here. He’s a kid-slash-player magnet. The kids are really drawn to him, they like playing for him,” Griffin said.

Griffin said they’d also been impressed by his “knowledge of the game,” — as reflected by his three-year run as a varsity quarterback for Louisiana from 2010 to 2012.

“He’s always been a student of the game, even going back to when he was a player,” Griffin said. “It was essentially like having another coach out there on the field, because he knew what every single player was supposed to do at any point in time.”

They were also impressed with the idea of “rebranding” the program as it moved into the EMO conference after a season playing as an independent team. That could mean a new look for the team from attitude to uniforms to facilities, Griffin said.

“[It means] kind of overhauling the program at this point in time, because I think we’re in a little bit of a rut, and we think he’s got some ideas that can get us out of the rut,” Griffin said.

Pitzer said he hoped to find ways to get the community more involved in backing the team and football culture in Louisiana generally. One priority: reviving youth football in Louisiana, so that players have a chance to experience the game before seventh grade.

“At one time, this community thrived off the football atmosphere, and I’d like to see that brought back,” Pitzer said.

“When I came into high school it was kind of a similar situation: the program was kind of in a bad spot,” Pitzer said. “We had a brand new coach, Steve Gschwender. He managed to turn it around for a short period. I kind of know what it’s like to face adversity, to battle that, to work hard and have it pay off.”

His experience on a successful team is part of what recommended him for the position, Griffin said.

“He’s got a passion for the school, for the program. He was on the team that was the most successful, I would say, for the last 15 years, so he kind of knows what it takes to win and be competitive in this area,” Griffin said.

Details about the new season are still being ironed out. In the wake of his appointment, Pitzer was due to meet with other members of coaching staff and to draw up a calendar for the summer and fall. The district might be able to bring in a new coach or two on staff as it fills open teaching positions, Griffin said.

There are reasons to think the team might be back up to full strength after struggling to keep up its numbers last season: about 40 students turned out to a meeting held by Pitzer and other members of the coaching staff to gauge interest, Griffin said.

“We have to do a good job of building connections and relationships with the kids,” Pitzer said. “We need to make the kids realize that if they’re willing to work hard there will be an incentive for that — there will be a great pay-off.”