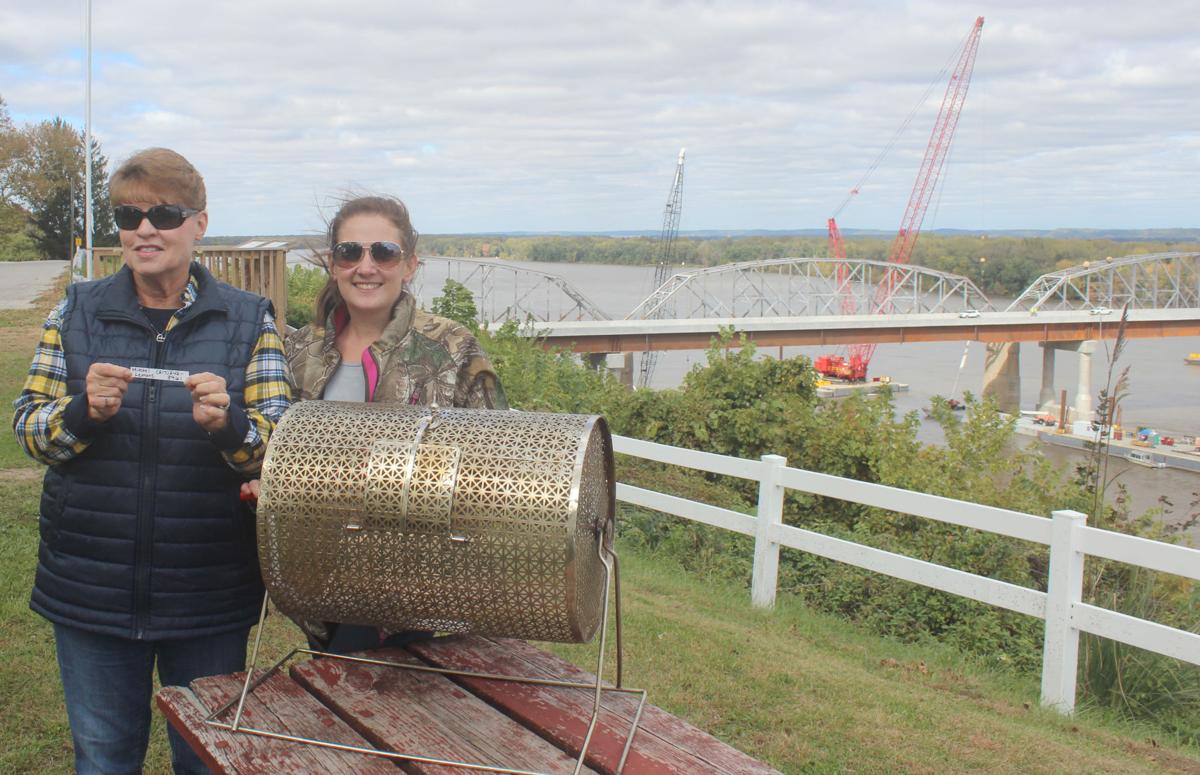 Diana Huckstep and Kristal Pitzer stand with the winning ticket from the raffle of opportunities to push the button on the Champ Clark Bridge. The ticket, for Mitchel Lemons, was drawn by City Administrator Kelly Henderson, in recognition of his work over the course of the bridge project. Ticket sales by the Louisiana Community Betterment Association raised about $1,100, which will be divided between police, firefighting and ambulance services in Louisiana. 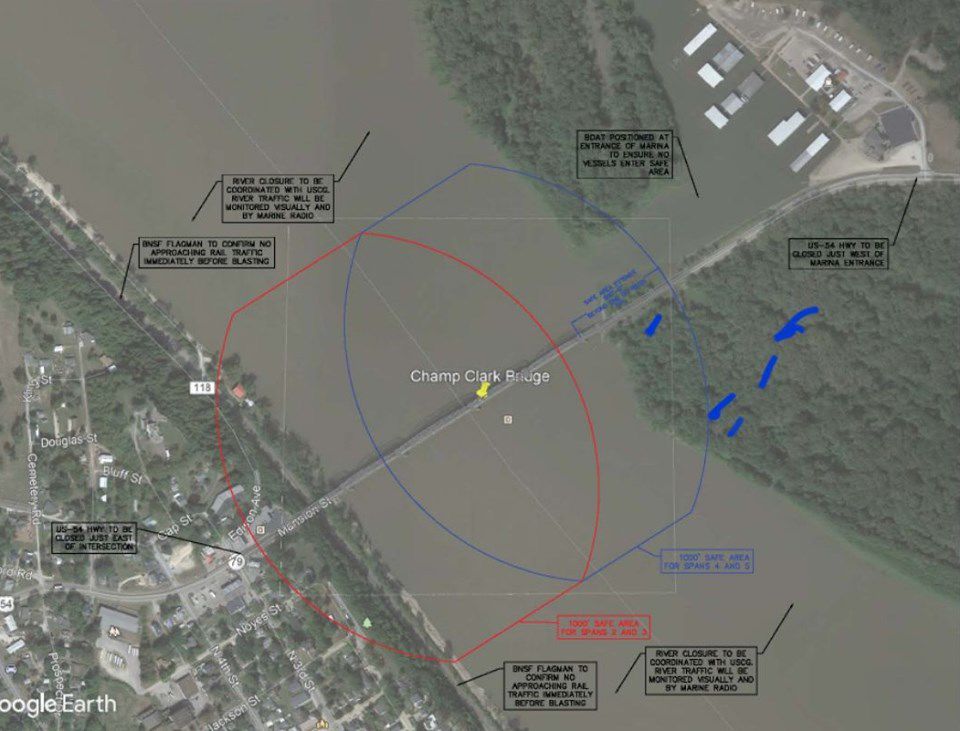 The red zone will be cleared in advance of the demolition of the second and third spans of the Champ Clark bridge from the Missouri side Friday.

Due to high winds over the last few days creating unsafe working conditions to prepare for the historic Champ Clark Bridge demolition, the time for the first blast has been move to a window between 11 a.m. and 1 p.m. on Friday, October 18, MoDOT announced Thursday.

“There is a lot of interest from residents, schools and media within the region, and because the safety perimeter encompasses a lot of viewing areas in Louisiana along the river, we are encouraging viewers to park away from Highways 54 and 79 and walk to some of the safe areas,” explained Missouri Department of Transportation Project Director Keith Killen.

Two areas that are available for viewing include the Louisiana riverfront on the south side of the bridge, near the Massman Construction project offices on Water Street and at the south end of Riverview Park.  Another safe way to watch is to view it on MoDOT’s Northeast District Facebook page, as the blast will be featured as a live video on the social media platform.

Massman Construction Co. will have personnel manning the perimeter of the safe zone and will be able to direct viewers to safe areas, and there are some streets that will be closed prior to and immediately following the blast.  These include Edison Avenue, Jackson and Main, and Noyes.

The new bridge will close approximately 45 minutes prior to the blast and could remain closed up to 45 minutes after the blast.

“We appreciate all those interested in viewing the blast be respectful of the safe zone,” Killen said.  Having viewers in an unsafe area is what could delay the blast.  “We plan to have the blast sometime between 11 a.m. and 1 p.m., yet there is a lot of preparation that goes into it, so it could be delayed for various reasons,” he added.  A series of airhorn blasts will occur approximately a few minutes prior to the implosion.

A video of the implosion will be posted on MoDOT's YouTube channel later that afternoon, along with a link to it posted on the www.champclarkbridge.com

Last spans of old Champ Clark to be imploded Monday

The Missouri Department of Transportation has announced the planned date for the implosion of the last two spans of the Champ Clark Bridge.