LOUISIANA – Last week’s meeting of Louisiana City Council provided an opportunity for City Administrator Kelly Henderson to update the Council on the project of the Georgia Street project,

The project, meant to improve the quality of the street and overhaul the utilities running beneath it in one fell swoop, has left the street in varying states of disrepair for some time.

The decision to use city crews for large parts of the project has helped the city hedge against ballooning bids for different stages of the project from private contractors, Henderson said.

“Our guys have about killed themselves, but they have been able to put in [a portion of the water main] at about 40-45 cents on the dollar of what the engineer’s estimate is,” Henderson said.

The city, Henderson noted, doesn’t have to pay prevailing wage, or take out all of the insurance that contractors need to for each new project — and, he added, it isn’t looking to turn a profit.

But city employees tasked with working on Georgia Street had less time to work on other issues in the city, Henderson cautioned — a trade-off that might not be sustainable as the work moves on to laying water main east of 7th Street.

“We are so far behind on stuff, and our guys are so burnt out  trying to keep up on everything, I just don’t know if that’s a good idea at this point,” Henderson said.

As of last Monday, Henderson said there were about two weeks of work left to do on the water main portion of the project between 7th and 23rd streets, plus a little more time completing link-ups to utility customers from 19th to 23rd.

Overall the project was proceeding ahead-of-schedule, Henderson said. If all goes according to plan, Henderson said, the project should be done by the fall of 2020 — a  little over two years to complete a project which engineers had initially estimated would take three.

Henderson and members of the Council acknowledged that there were frustrations with the process.

“That’s why I tried to warn some of you that were sitting here when they decided to move forward: Georgia Street’s going to look like a third world country for a few years,” Henderson said.

Rodney Dolbeare, the chair of the council’s infrastructure committee and a project engineer in his private life, said he had been impressed by the city’s willingness to use its own crews, and thought the structure of the project — dealing first with the utilities beneath the road and sidewalks and then with the road itself — made sense.

“It does kind of sting  that I have to answer the question ‘what kind of engineer would have torn up the streets like this,’ [and say] ‘me’,” Dolbeare said.

Councilmember Bob Ringhausen said he had initially been skeptical about the city taking on so much work, and cautioned that the city would have to weigh the capacity of its employees and the condition of other parts of the town when deciding how to deploy its employees going forward.

“The numbers show that [the city crews] have done a good job. We’ve just got to watch it,” Ringhausen said.

New sidewalks planned for the southern side of Georgia Street are currently planned along the length of the project through 19th Street. In an interview after the meeting Henderson said it might be possible to put in sidewalks through 23rd Street if the financial situation of the project improved. Plans for that section were scrapped when the sole bid came in significantly higher than expected.

“Its not a completely dead deal yet, but its on hiatus until we see what these bids are going to come out as between 4th and 7th,” Henderson said.

‘Clean’ audit for the City of Louisiana

Louisiana’s books were in order as of the end of May, per a report by the accounting firm hired to audit the city.

Rebecca Friedrich represented the findings of her firm, KPM CPAs of Springfield, Mo., to the City Council at their meeting last Tuesday.

Friedrich complimented city employees on their cooperation with the auditing process. 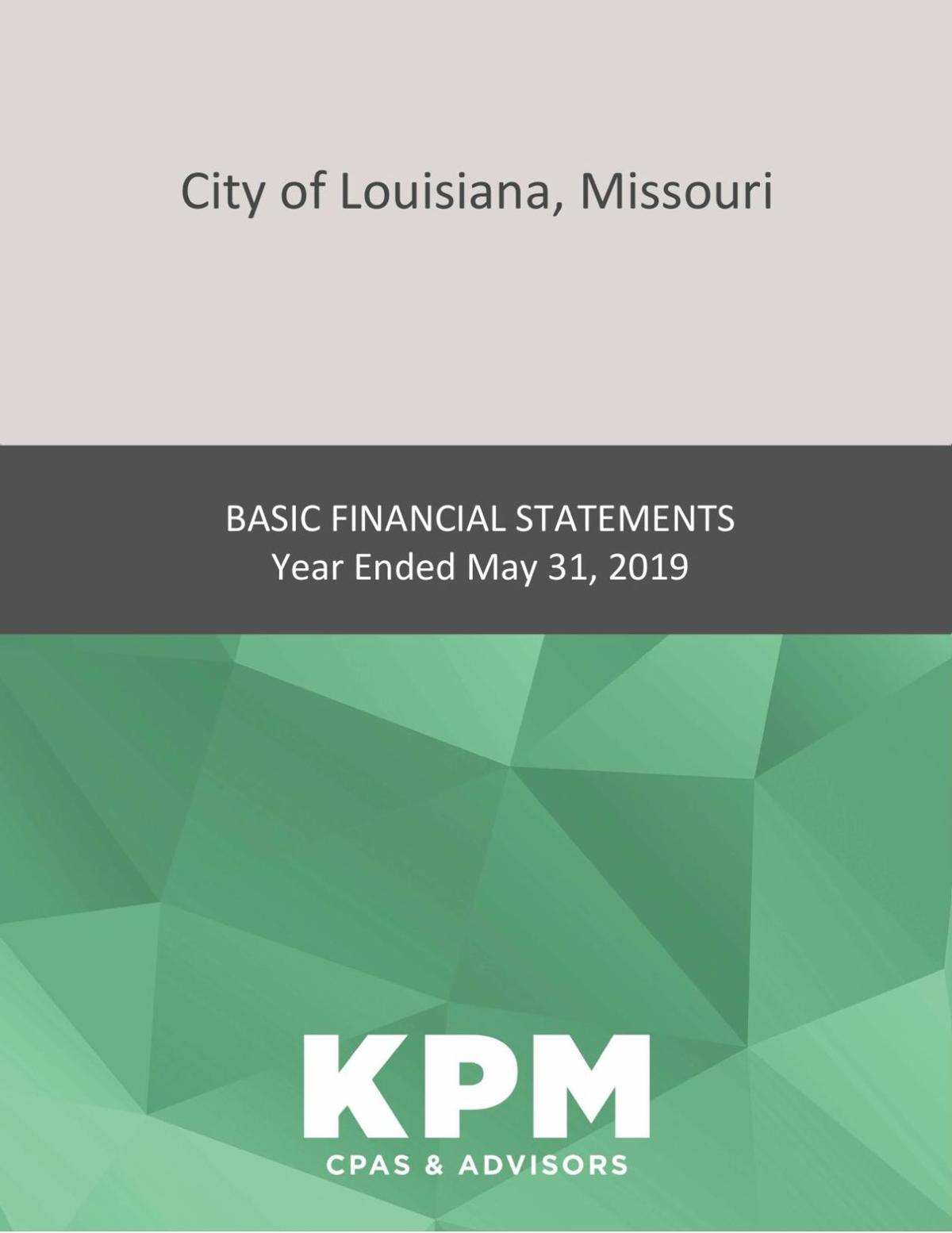