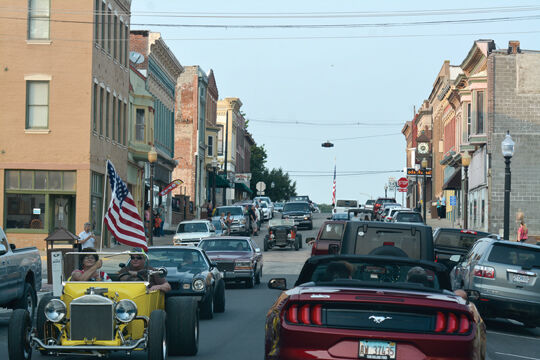 Coming and going: Vehicles flow to the riverfront and back out past Louisiana High School during the first car cruise of the summer season. This one was dedicated to Chris Brown, who had died earlier in the week. The yellow roadster on the left is being driven by Chris’ older brother, Ted, With him is his wife, Lori. Photo by Stan Schwartz 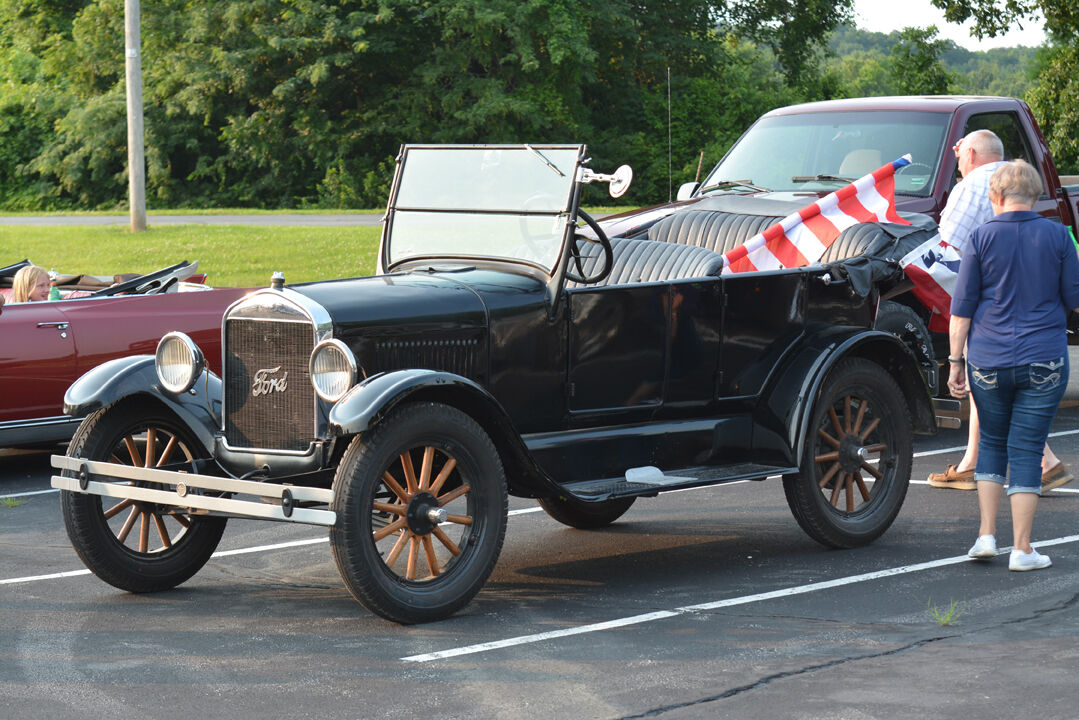 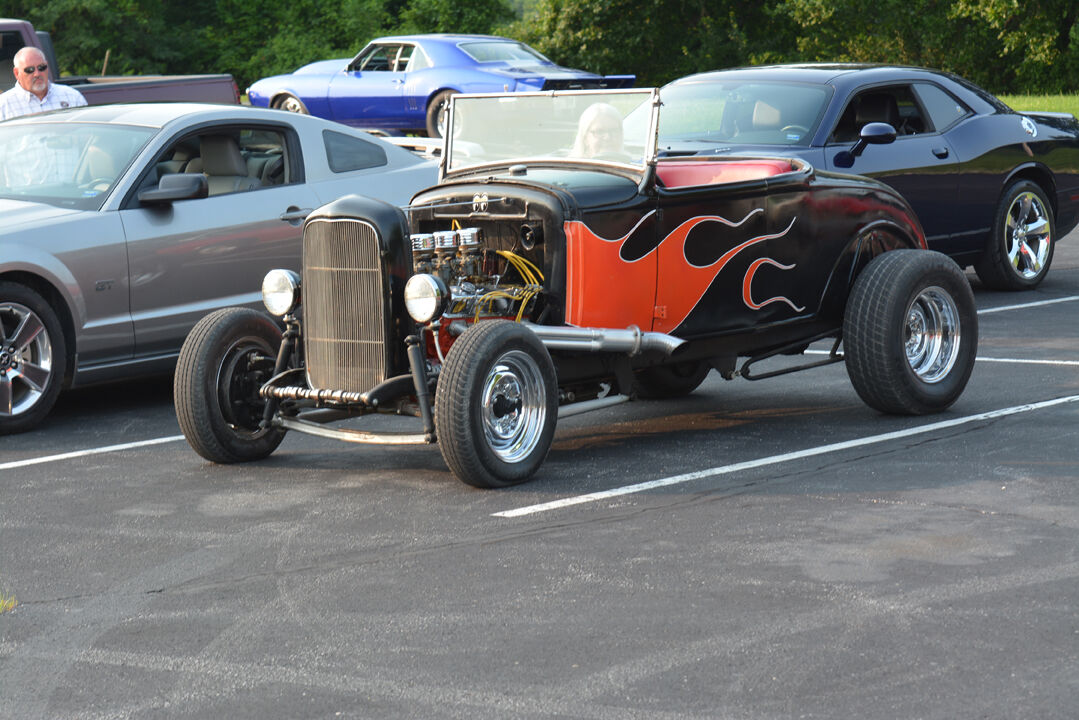 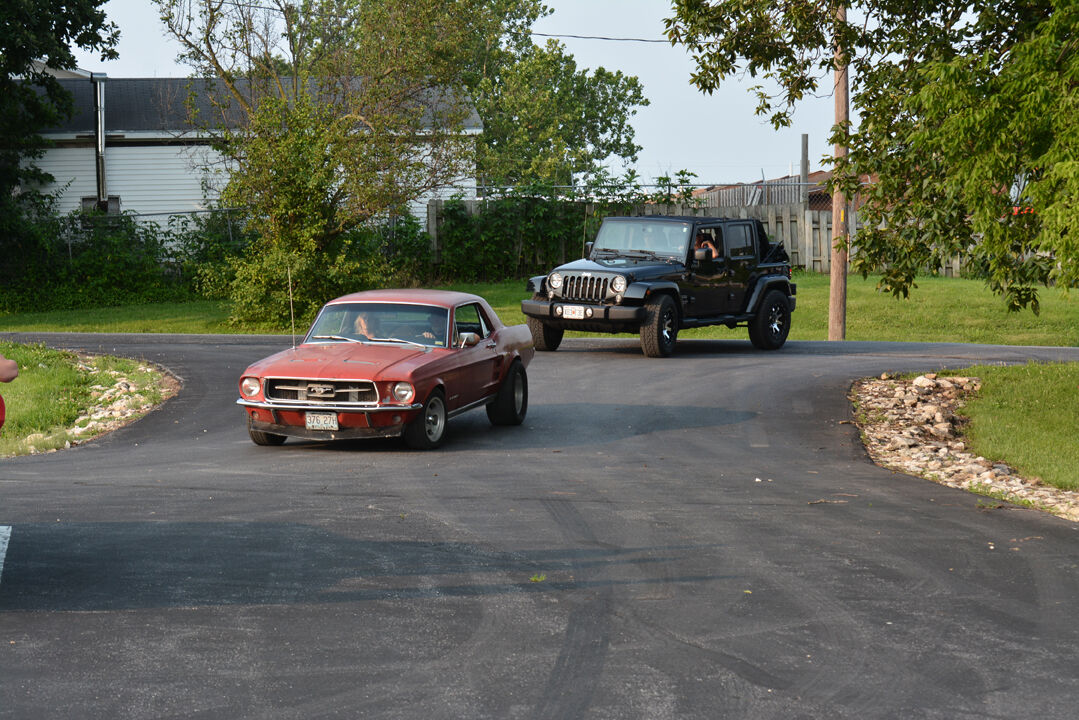 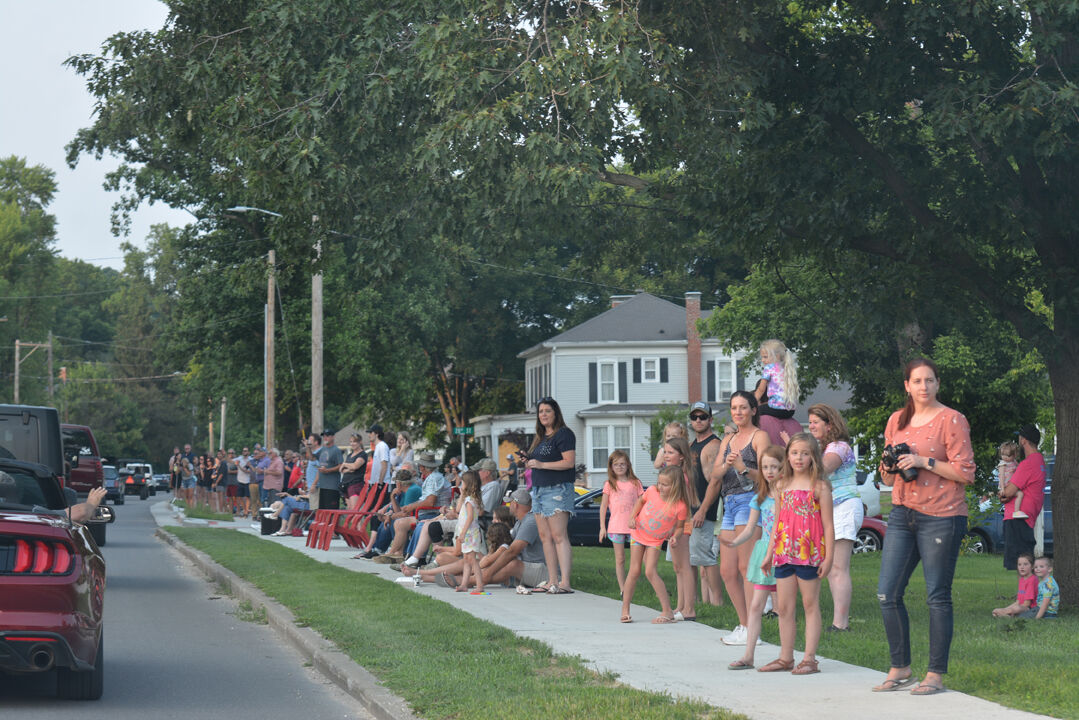 Coming and going: Vehicles flow to the riverfront and back out past Louisiana High School during the first car cruise of the summer season. This one was dedicated to Chris Brown, who had died earlier in the week. The yellow roadster on the left is being driven by Chris’ older brother, Ted, With him is his wife, Lori. Photo by Stan Schwartz

The streets filled with classic cars and fun music

LOUISIANA—You could hear some of the cars coming down Georgia Street long before you could see them as they approached Louisiana High School in preparation for the summer’s first car cruise—this one to honor the memory of Chris Brown.

Brown, who owned Brown’s Auto Body in Louisiana, died Sunday, June 27. He was just 52. He grew up in Louisiana, and enlisted in the U.S. Air Force in 1986, serving his country during Desert Storm. After his time in the service, Brown returned to Louisiana with his family and opened his own business in 1991—Brown’s Auto Body. His love for and ability to restore classic cars was known around the world. Nearly everyone in town knew of Chris, and he touched many lives over the years.

His brother, Ted Brown, and Ted’s wife, Lori, were there in a restored hot rod ready to follow the lead vehicle through town. Cindy Blaylock, owner of the State Farm Insurance Agency in Louisiana, and part owner of Two Rivers Marina on the other side of the Champ Clark Bridge, sponsored the car cruise. She had local radio station KJFM play some of Chris’ favorite tunes from 7 – 9 p.m. All the cars participating could tune in and share in the Chris’ music during the cruise.

Blaylock said when she first set up the cruise she thought she might get 20 or 30 people to show up. But the vehicles continued to show up, filling the school’s parking lot and lining its front drive.

“I was overwhelmed by the response—by spectators and participants,” Blaylock said. “We were forced to change our route because there were so many cars. I’d hoped to cruise some neighborhoods, too.  My thought behind the cruise is to bring neighborhoods together, to get neighbors out visiting the old small town way.”

Once the cruise started, it was obvious how well loved Chris was in this community. People in the neighborhoods came out to wave, and large crowds lined Georgia Street to watch all the cars going by. A few of the more powerful cars burned just a little rubber in a salute to Chris.

Ted was a little worried that he would not have enough fuel to make the whole cruise. Blaylock said she would throw him a line and tow him from her Dodge pickup. Ted said he couldn’t let her do that.

“And I wouldn’t let you,” Blaylock said, smiling, which brought a lot of laughter from the group.

Lori said Ted got Chris his first Ford Mustang at age 14 to work on.

“That’s how he fell in love with working on cars,” Lori added.

“I should say, my Dad and me and Chris got the car,” Ted noted. Their father, Clarence “Socko” Brown, and Ted paid $450 for it.

“We thought that was a fortune back then,” he said. “Socko was a machinist 6½ days a week. And he was a car guy Sunday afternoons.”

“He was a hard worker,” Ted said about his brother, Chris. You could tell just how much he loved his little brother by the way he talked about him.

With that, the long line of cars fired up their engines and the cruise was under way.

After one big loop through town, a lot of the car cruise people ended up at the riverfront listening to more music and enjoying each other’s company.

Blaylock said she wants the car cruise to be a monthly event.

“Next month we’ll take Georgia Street to Third from the high school.  Out Frankford Road to D Street, down to Hwy 54.  And back east to 7th Street, back to Georgia.  West on Georgia to Stark Bros. circle and then to the riverfront,” she said.