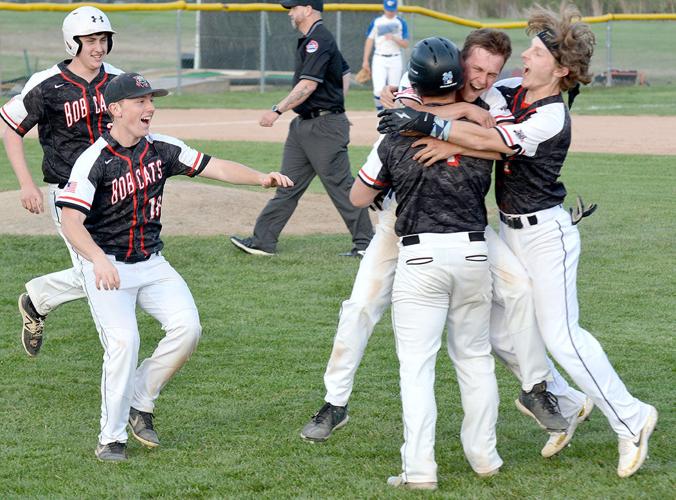 Kaden Chandler's teammates rushed the field to celebrate with him after he drove in two runs to win the game against the Montgomery County Wildcats. Photo by Stan Schwartz 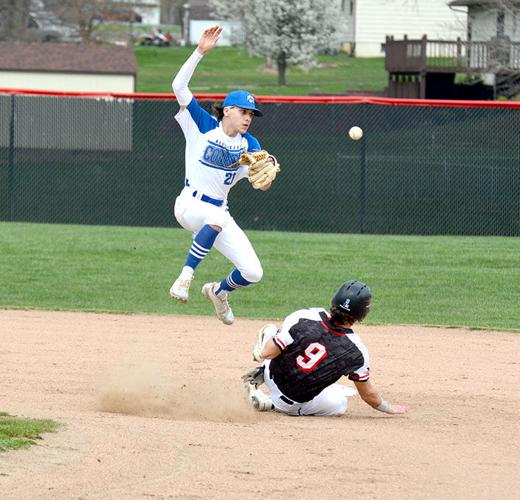 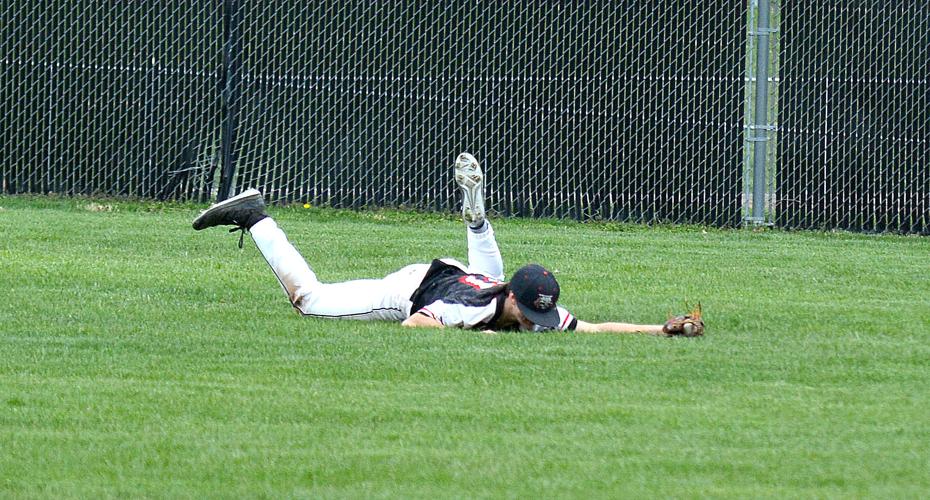 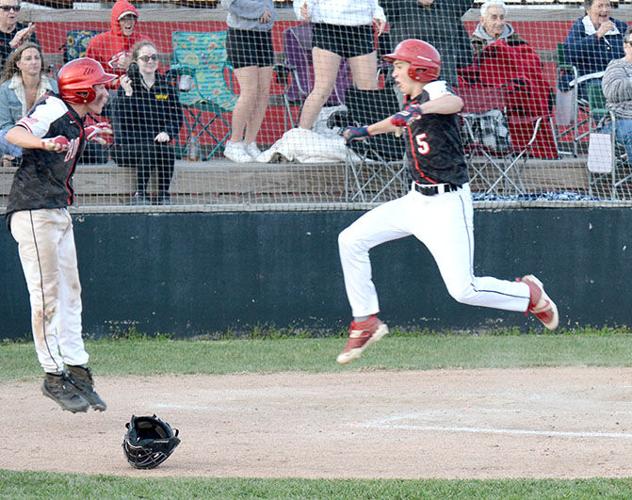 Kaden Chandler's teammates rushed the field to celebrate with him after he drove in two runs to win the game against the Montgomery County Wildcats. Photo by Stan Schwartz

It was a tough game for both teams, mostly because of the pitching. No. 4, Kaden Chandler was on fire through most of the game, forcing several strikeouts. Even though the Bobcats were getting hits and landing on base, they would eventually leave those runners on base as the innings came to an end.

At the end of the third inning the Bobcats had a runner on third, after stealing two bases. But he was not able to score.

At the top of the fourth inning, the Wildcats were poised to score, but a diving catch by No. 31, Zach Gibson, brought the Montgomery County’s chances for a score to a close.

Throughout the entire game, the players also had to battle strong winds, sometimes gusting up to 45 mph. The U.S. Flag was standing straight out, and the pole bent under the wind pressure. At one time, the umpire stopped the game in order to let the gusts die down before resuming play.

And play they did.

Kaden Chandler did an amazing job keeping the Wildcats from scoring, as did the rest of team. It wasn’t until the top of the seventh inning that Montgomery County got a run in, the first score of the game. They had two outs, and the Bobcats felt the pressure with just one more turn at bat coming up.

No. 30, Owen Niemeyer, was brought in to take over for Chandler on the mound. Even though he practiced for a few minutes, it took him a while to find his stride after the game resumed, but that was already after he walked two of the Wildcat players. But he buckled down and found his focus, striking out the next player to allow the Bobcats a chance at redemption.

They did not disappoint.

The Wildcat’s pitcher was feeling the toll of throwing, as well. But he was able to get two outs and wanted to shut down the Bobcats to close out the game.

That’s when No. 4 stepped up to the plate. After a couple of wild swings and a few foul balls, he was looking at an even count. But he connected with the next throw sending the ball streaking low just out of the second baseman’s reach as it bounced into the outfield slicing through the strong wind. The Wildcat outfielders had trouble getting to the ball.

Chandler’s hit drove in two runs and let him get on base, putting another runner at second. But it was already the bottom of the seventh inning, so his spectacular hit brought the game to a close, as the Bowling Green Bobcats rushed the field to congratulate Chandler and celebrate their 2-1 victory over the Wildcats.