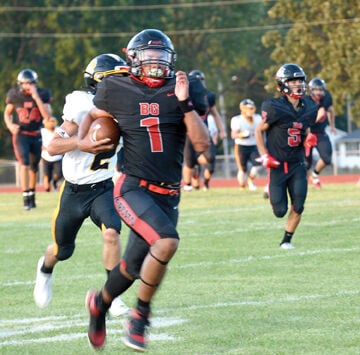 No. 1, Marcus Starks, has nothing but open ground between him and the goal. This was just one of his four touchdowns during the game against Van-Far. Photo by Stan Schwartz 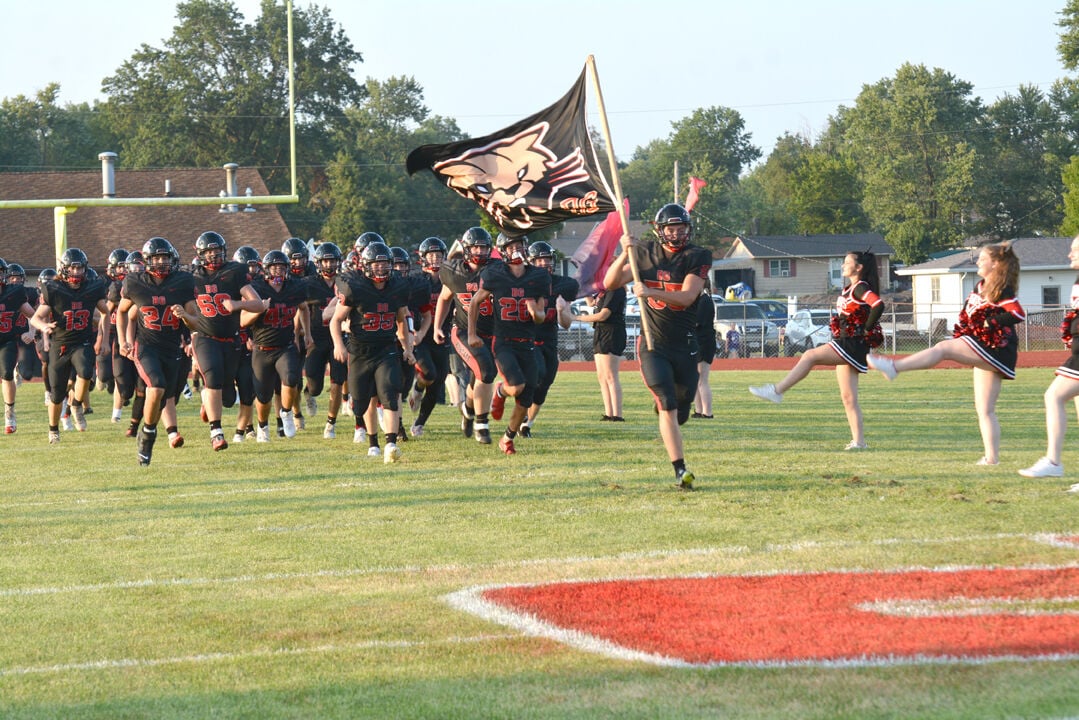 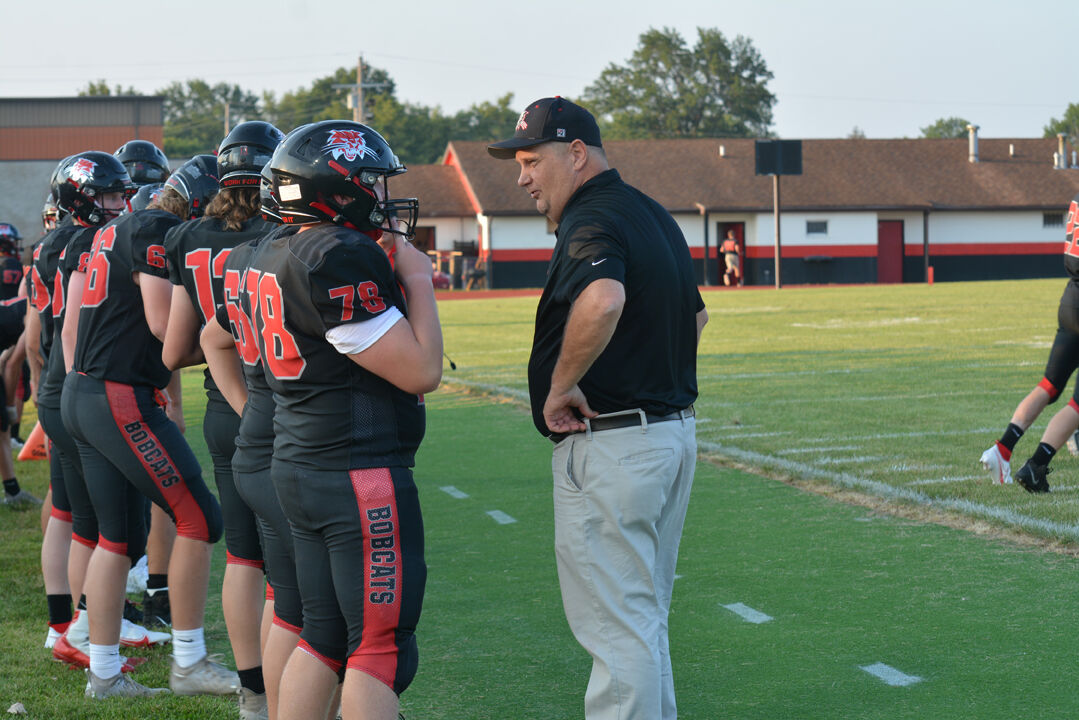 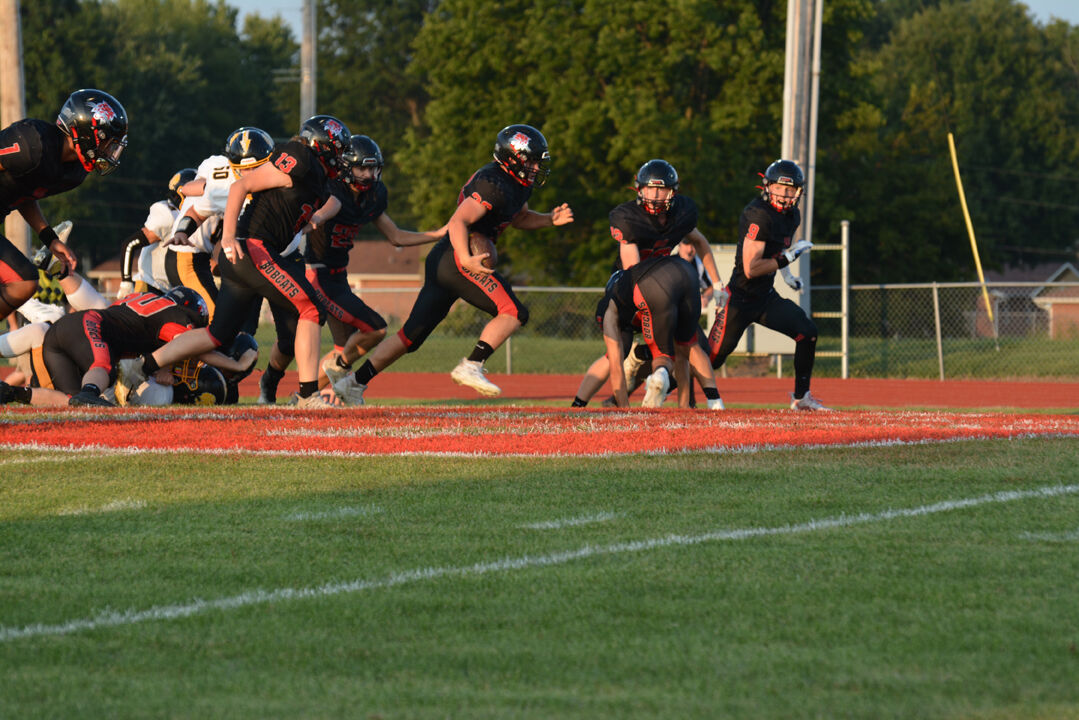 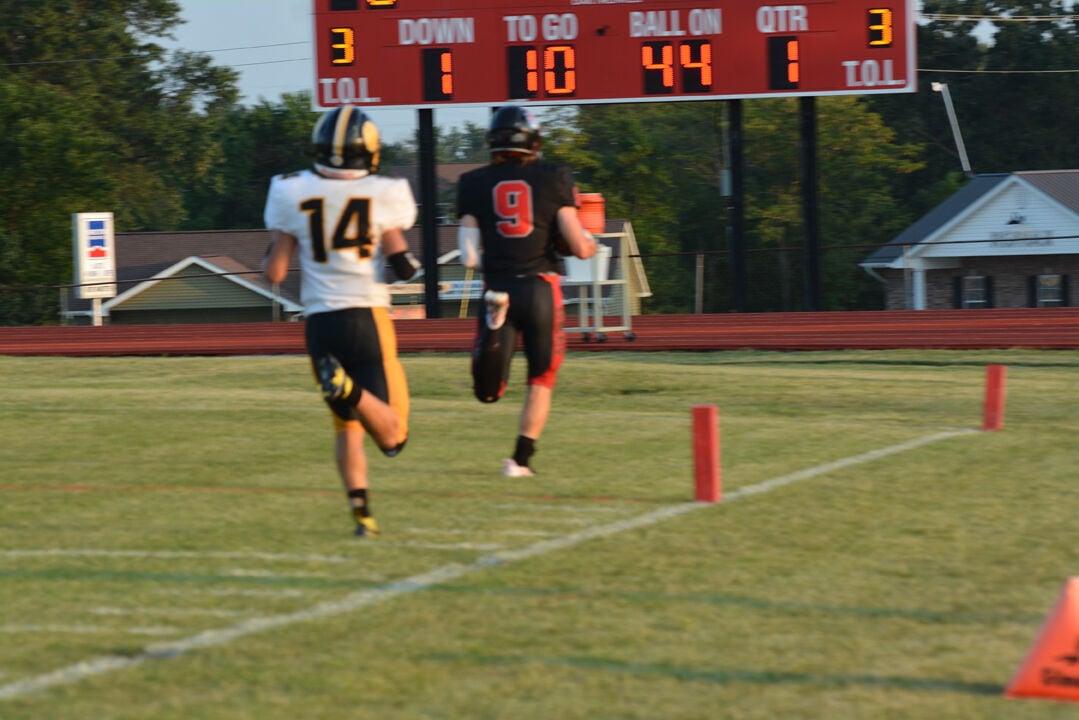 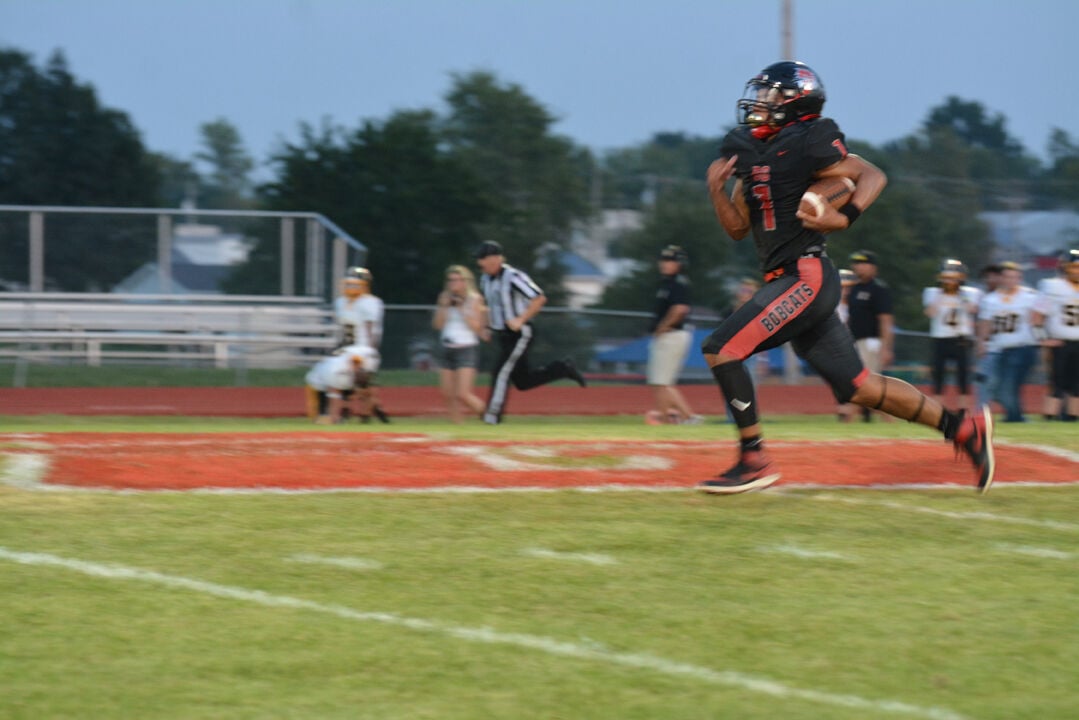 No. 1, Marcus Starks, has nothing but open ground between him and the goal. This was just one of his four touchdowns during the game against Van-Far. Photo by Stan Schwartz

BOWLING GREEN—It was a game long anticipated. Last year, one day before the Bobcats were to face the Indians in their first game of the season, Van-Far had to forfeit because of a player’s positive COVID-19 test. The Bobcats then had to travel about 4 hours to Oak Grove to face a tough team.

This year, the two teams met on Bowling Green’s gridiron in the steamy heat redolent at the end of August. It was a one-sided game from the start. The Bobcats have a deep bench this year, with many of the younger players having good on-field experience. The Van-Far Indians have far fewer players, and only five of their starters were eligible for play Friday evening. Van-Far also fielded their first female player in this game.

Bowling Green won the toss and elected to receive the kickoff. And as soon as it was in the hands of No. 33, Charlie Bowen, he bolted downfield sprinting past the Indian defenders to score the first of many Bobcats touchdowns. That put the score at 6-0, barely 15 seconds into the game. The extra point did not make it through the uprights.

When the Indians got possession, they started moving the ball downfield toward the Bobcat goal. They were able to make two first downs and got the ball to the Bowling Green 44-yardline before coming up against a powerful Bobcat defense, turning the ball over on downs.

The Bobcat offense came back onto the field ready to go. The first play had No. 9, Cooper Kiel, rocketing into the Indian end zone. But the play was called back because of a holding call. Van-Far recovered a fumble on the next play.

Unfortunately, they could not capitalize on the turnover, ending up punting the ball deep into Bobcat territory. Charlie Bowen picked up 5 yards on his next carry. But on the second play, No. 1, Marcus Starks, sprinted into the end zone, leaving Indian defenders all over the field. Marcus is wearing the same number his brother, Michael Starks, wore last season. Bowling Green tried for a 2-point conversion but came up short, putting the score at 12-0

That run by Starks was a record, making it the 25th longest return.

The Indians could not score on their next possession. When they kicked off to Bowling Green, Starks caught the ball and was on his way to making another touchdown, when he was stopped by a bad call by the official. A flag was thrown because of helmet-to-helmet contact and at the same time the official blew his whistle ending the play, but Starks had broken the tackle and was already moving toward the Indian goal line. The personal foul penalty was awarded from the point of contact and the Bobcat offense was ready to go again.

That set up a play for No. 26, Owen Niemeyer, to catch the ball and take it in for a touchdown, putting the score at 18-0. No. 9, Cooper Kiel, carried the ball into the end zone for the 2-point conversion, moving the score to 20-0. There was still more than 3 minutes to go in the first quarter.

On the next kickoff, Van-Far made it into Bowling Green territory before being stopped by the Bobcat defense. The first quarter ended with the Bobcats way out in front.

“I thought our kids played really well and did a good job of executing the game plan,” said head coach Joe Chinn. “I also have to give our kids credit for preparing for the heat by hydrating all week long and taking care of their bodies.”

The second quarter started off with the Bobcats scoring another touchdown. A 2-point conversion brought the score to 28-0, with 10:15 to go in the half.

Van-Far got the ball within 15 yards of the Bobcat goal, but were stopped cold.

Starks brought the next kickoff back 88 yards for another Bobcat touchdown.

Both teams started to rack up numerous penalty calls, costing them lots of yardage. But by the time the second quarter was over, the Bobcats had increased their lead to 47-0.

With the team so far ahead, Bobcat head coach Joe Chinn decided to pull some of his starters out to give the younger players a chance to play.

They held their own for the rest of the game picking up two more touchdowns, and allowing only one touchdown by Van-Far. Final score of the game, Bowling Green 60, Van-Far 6.

“Overall, I thought we did well,” Chinn added. “Our line did a great job of controlling the line of scrimmage and the our skills did a good job of making good things happen when we had the ball. Offensively, we were very efficient. I have to give Van-Far credit they did a good job of giving us a different look on offense than we were used to and it took us a little bit to adjust to it.

“There are a few things that we need to work on, such as our penalties,” Chinn explained, “and I think part of that is being the first game jitters. I am glad that we were able to get our starters out early in the second half to give them a rest, but also get other guys game speed reps. Every player on our team who was eligible, got in and got to play, which is great.”

Even though cheerleader Callie Bailey could not cheer with her squad in front of the stands, she came to the game to show her support. Callie was severely injured earlier this year when a train hit her car.

Gunner Bryant—5 tackles 3 for loss, a sack and a passing break up.

Charlie Bowen—4 tackles 3 for loss and a forced fumble.