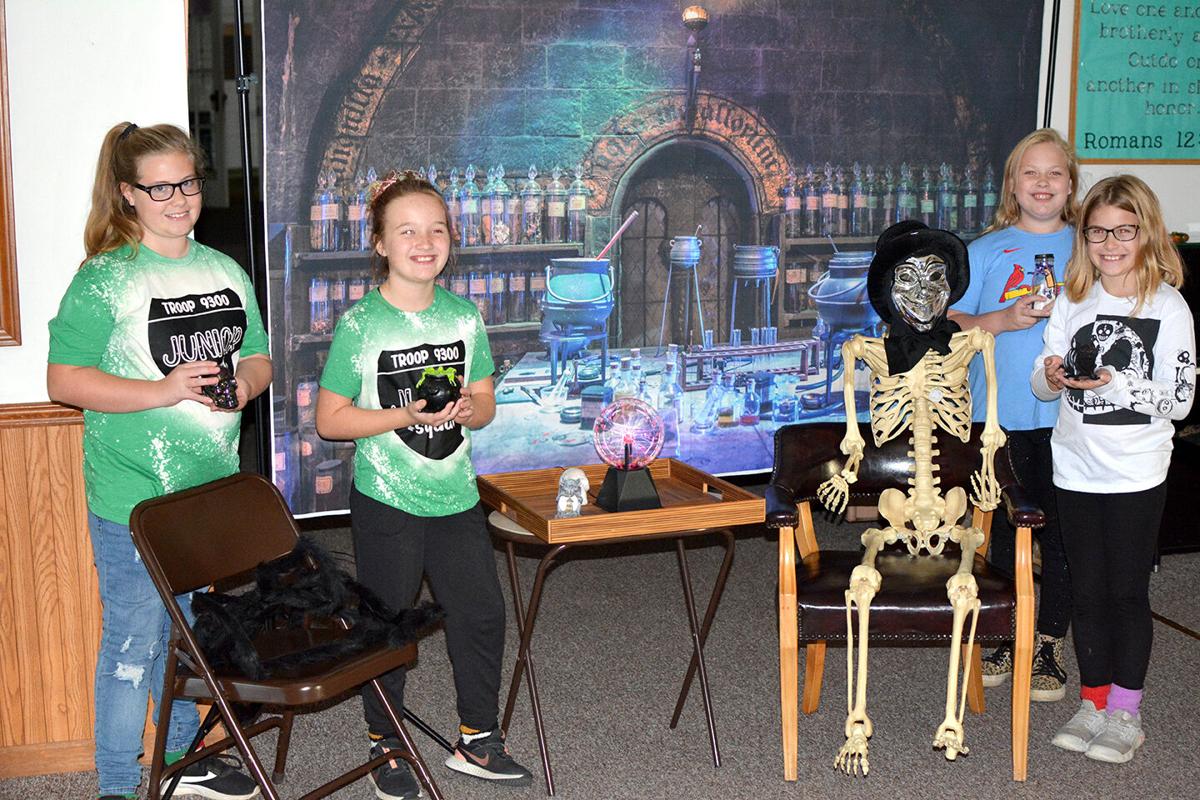 The girls from Troop 9300 get a good look at the evidence table set up in the First Presbyterian church in Bowling Green. From left to right are Chloe Hainline, Jaden Hill, Olivia Luebrecht and Carrisa Eckler. Photo by Stan Schwartz 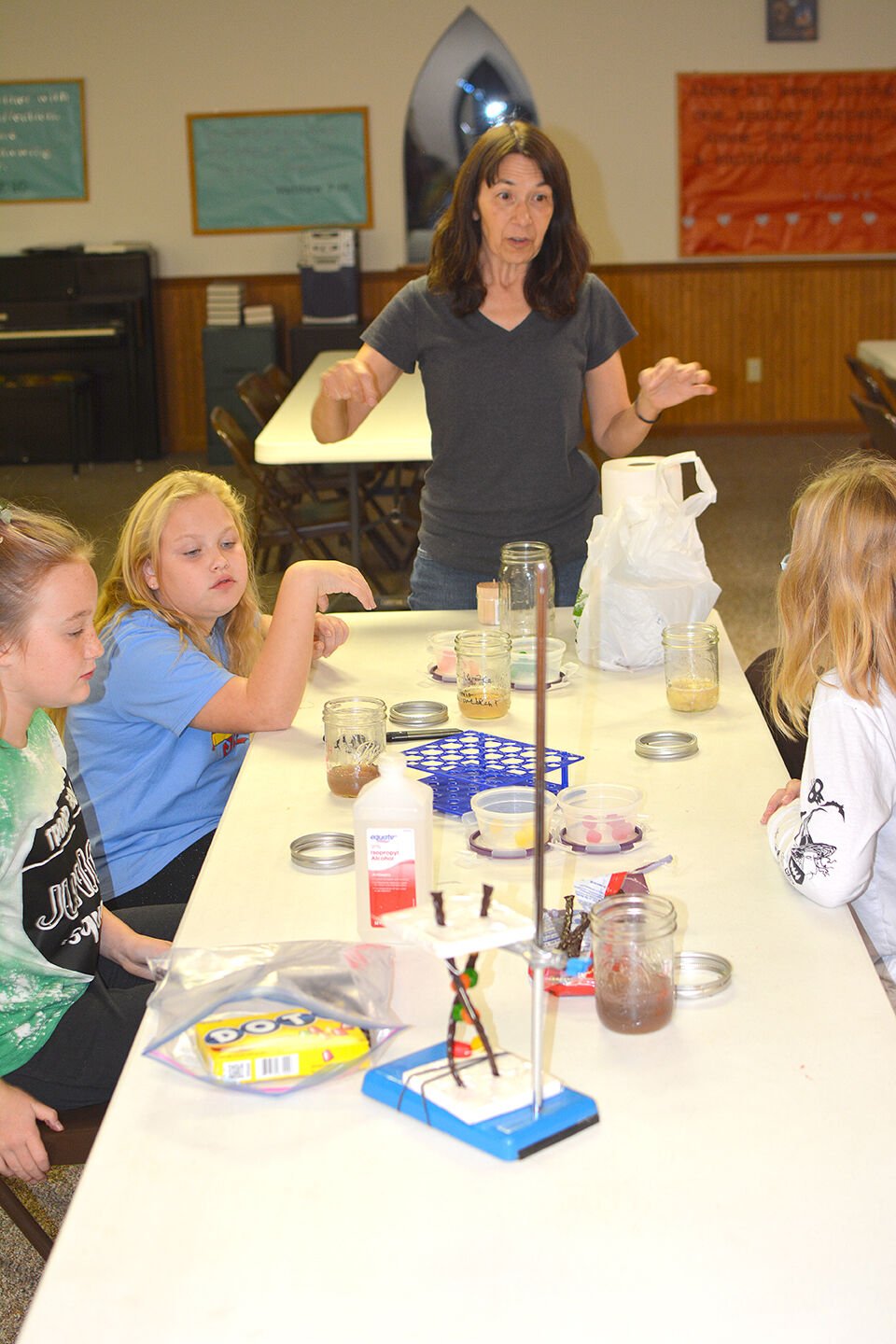 The girls from Troop 9300 get a good look at the evidence table set up in the First Presbyterian church in Bowling Green. From left to right are Chloe Hainline, Jaden Hill, Olivia Luebrecht and Carrisa Eckler. Photo by Stan Schwartz

BOWLING GREEN—The girls in Troop No. 9300 learned about evidence collection and testing Tuesday last week when Margart Owens demonstrated the techniques she learned during a long career as laboratory technician doing evidence analysis.

Using a slide-show presentation, Owens showed the girls some of the steps used in crime scene investigation. On one table, she put several objects and had the girls observe what they were. Later, she had them try to remember them as part of their lesson on observation. She also showed a set of slides with drawings that had hidden images in them.

Owens asked if the girls were ready for their junior detective badges.

“To be a detective you have to be really observant,” Owens said.

They were shown two drawings that were similar and had to find the differences in them. They also watched a short video and had to recall a number of facts about what happened in it.

In addition to observation, the troop made fingerprint cards for themselves and learned how to lift fingerprints from various objects.

They were also taught how to extract DNA and how it is used in crime scene investigations.

“We have billions of chromosomes in each person,” she explained. “We can take hair samples or blood or saliva” to find a person’s DNA. When she first started as a forensic scientist 30 years ago, Owens noted, she needed a blood sample the size of quarter in order to be able to extract the DNA. With current technology, however, all it takes is a few cells to get someone’s DNA.

Owen showed the girls how DNA is matched with possible suspects or victims.

She had the girls extract DNA from bananas, and then create edible DNA using chocolate Twizzlers and Dots.

DNA testing was first used in 1985, she said. Owens went to the FBI Academy in 1991 to learn how to do DNA and fingerprint testing.

“Every time we had a case that went to court, I had to testify (about the evidence), she explained.

To get DNA from a banana, the girls each received half of a banana, placed it in a plastic bag, added a solution and then smashed it to mix it. They let it set for a bit and then strained the liquid out.

“This is a basic DNA extraction that you can do at home,” she said.

Helping out with some of the tasks for the troop was Samantha Smith. She helped the girls create their fingerprint cards. Owens noted that in year’s past, law enforcement used ink and paper to capture fingerprints. Technology has advanced where they can now be recorded and searched electronically.

By the end of the demonstration, the troop members were ready to head out into the field to collect evidence, but instead they were headed home to be with their families.

All they really needed was David Caruso pulling off his sunglasses with The Who singing in the background: “Won’t Get Fooled Again.”