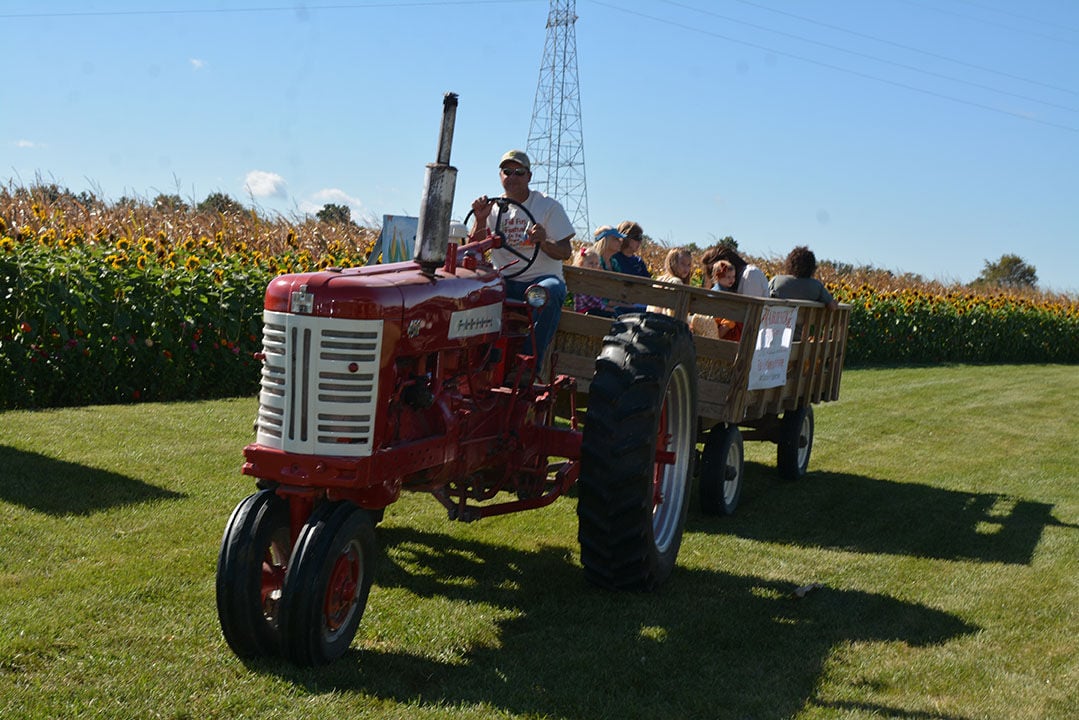 People who paid to enter the activities area, which included the corn maze, pumpkin patch and petting Zoo, were treated to hay rides throughout the day. Photo by Stan Schwartz 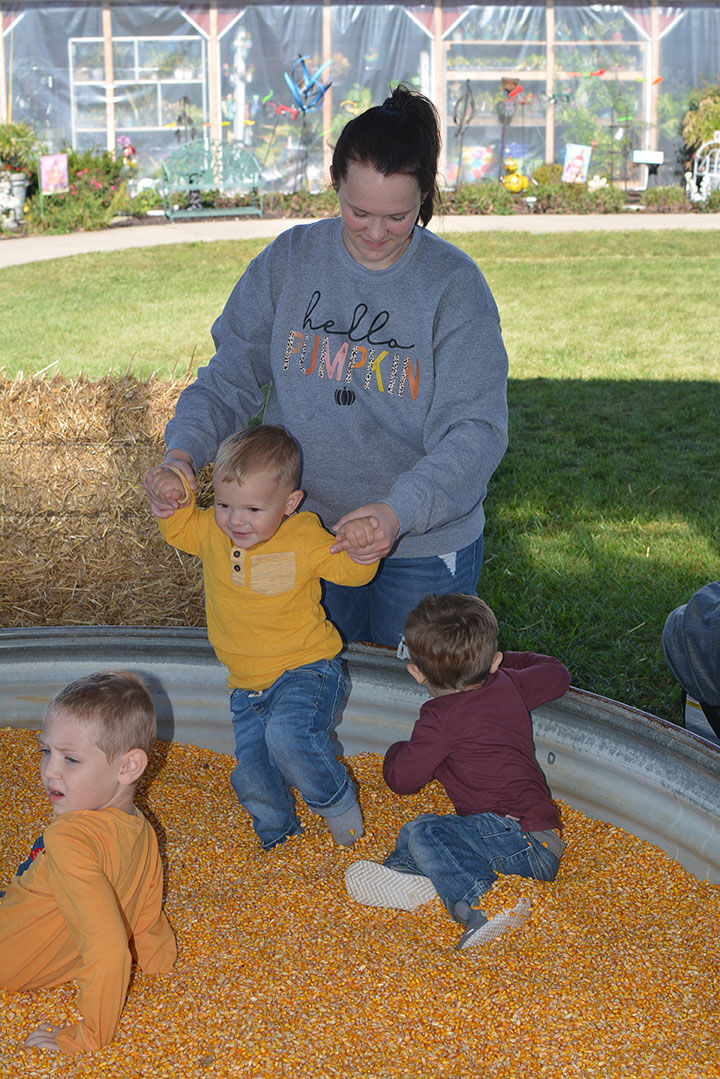 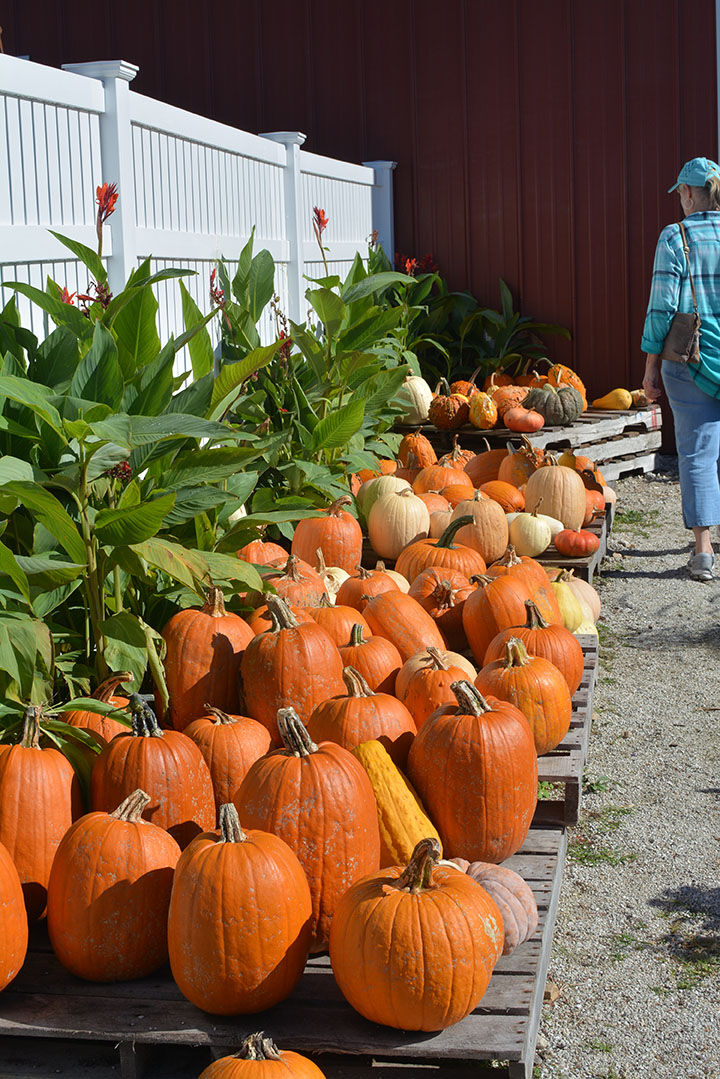 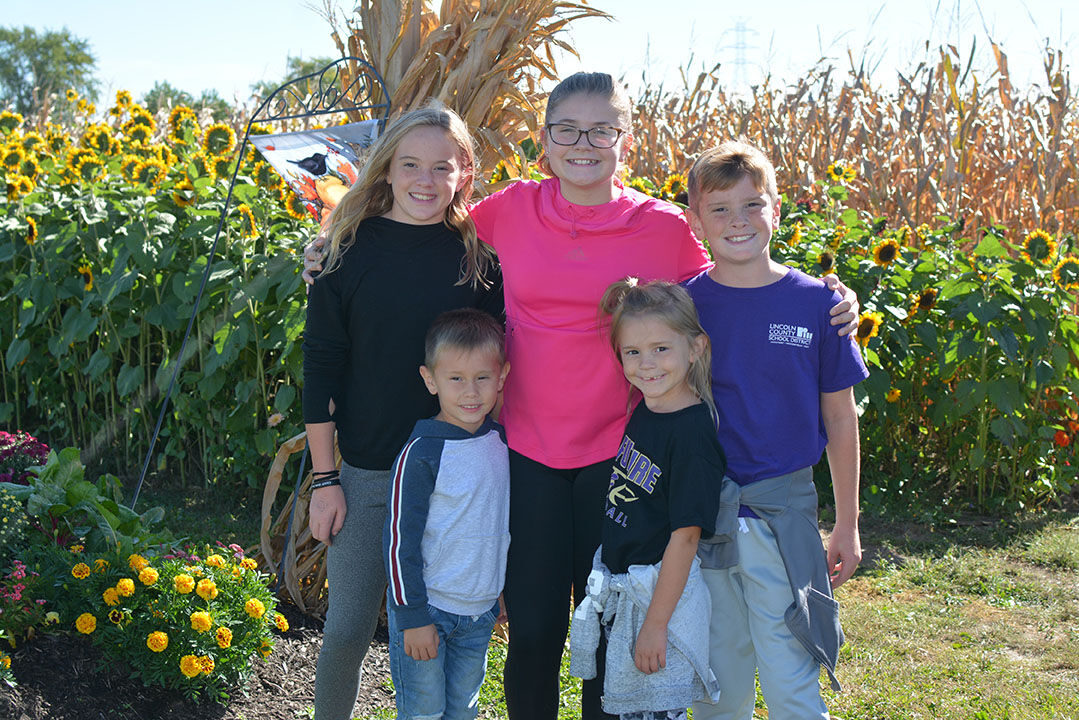 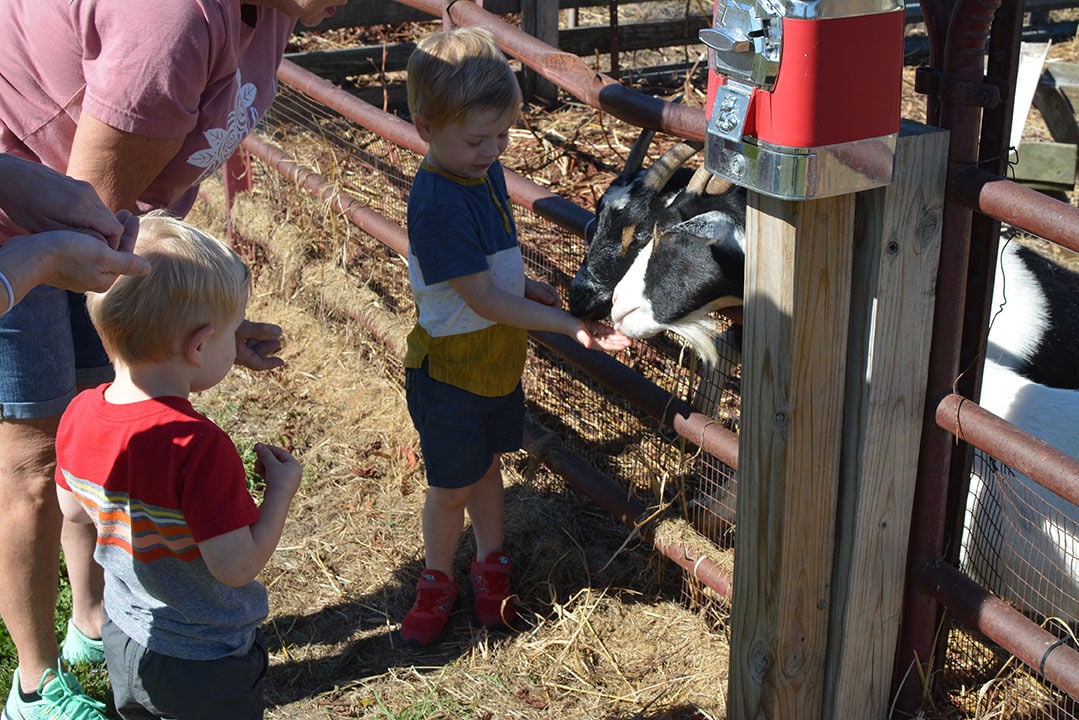 People who paid to enter the activities area, which included the corn maze, pumpkin patch and petting Zoo, were treated to hay rides throughout the day. Photo by Stan Schwartz

BOWLING GREEN—Last year, with almost every public gathering cancelled because of the pandemic, Tonya Teasley, her staff and family, decided to hold their own fall festival during their traditional opening of their corn maze and pumpkin patch.

Without any competing festivals, that Fall Fun Festival was a huge hit. The parking lot filled quickly and cars and trucks lined the drive up to Prairie’s Edge all the way to the truck stop.

Teasley and her staff learned a lot from that first foray into festival festivities. This year, more people were brought in to direct traffic and get vehicles parked closer to the vendors and activities. The number of vendors jumped with the addition of a good number of food vendors. Attendees were happy to have the extra food vendors this year. Even those vendors selling baked goods were seeing a good flow of foot traffic.

Out in the activities area children took advantage of all the games, corn maze, hay ride and petting zoo.

Annie, Jada, and Owen Pace, along with Avery Menne were just making their way out of the corn maze when they decided to go back in and help some other people they had met along the way.

Feeding the goats were Jenson and Jett Jacyna. They had come last year with their mom, Delcy. Getting deep in the corn box was Jackson Cannon. Holding him was Katie House.

“Yesterday day went great!” Teasley said about the festival on Saturday. “I think we had as big a crowd as last year—maybe more.” She noted that the cornhole boards, which last year were set up where parking was allowed this year, made the difference. “The parking area last year,” she noted, “was a rented space for the Ducks Unlimited tournament.” She added that it was a much better space for parking.

“I think the vendors had great days as well.” She said. Forty-five vendors filled the space in front of the Prairie’s Edge parking area. In addition to the vendors, Teasley’s store was filled to the brim with fall items. Pumpkins of just about every size and shape were available for sale, as well. The festival ended at 4 p.m., but Teasley kept the store open until 5 p.m. for late arrivals.