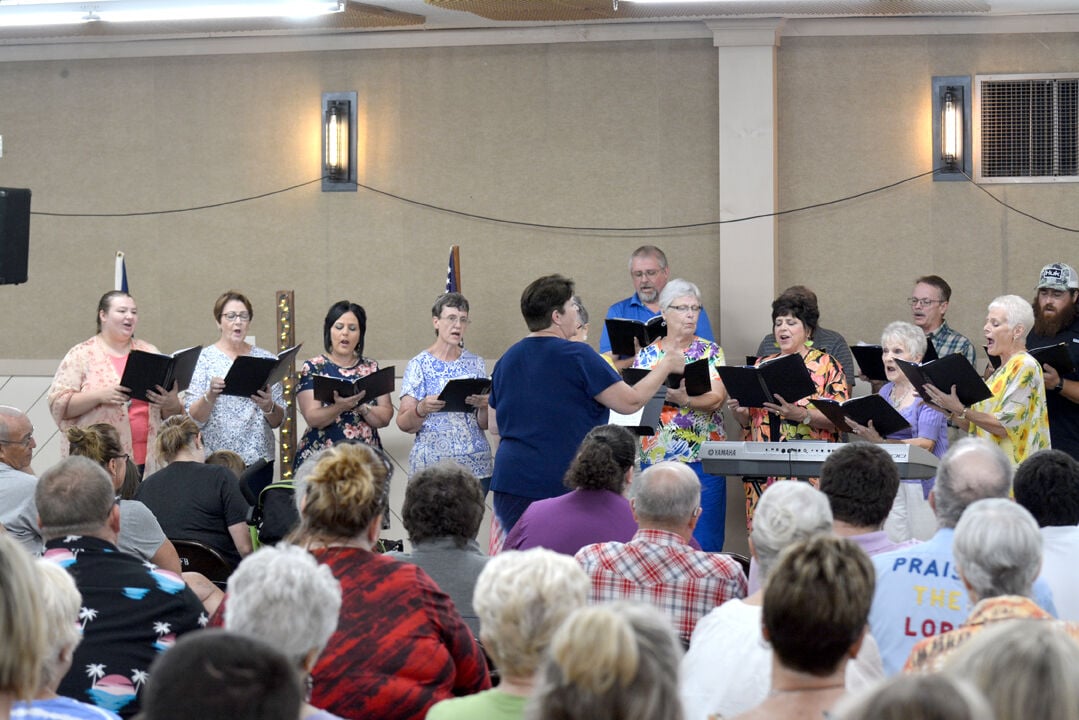 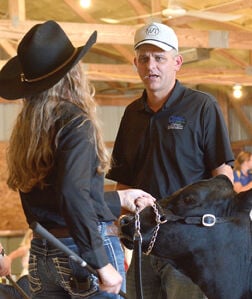 BOWLING GREEN—Over in the fair barn last Saturday, children with FAA and 4-H, were showing their cattle during the opening of the Pike County Fair, which runs from July 24 to July 31.

Judge for this year’s event was Wes Tieman, who continually praised the youngsters for their efforts in raising and showing during the Bucket Calf Show and the Dairy Cattle and Beef Cattle Show.

At the Nolan Miller Pulling Track, the drivers were getting ready for the first night of truck and tractor pulling. Track officials waited an extra hour to allow the sun to set and hopefully cool off a little before the drivers started their runs.

Saturday’s pullers featured Eastern Missouri Truck Pullers and Local Farm Tractor classes. Some of the stock tractors worked hard to pull the sled down the course. The crowd roared to life when the trucks went full throttle, belching thick smoke out of their exhaust pipes. One truck, shot flames out from under its engine about mid-field and had to be towed off the track.

The stands filled quickly and early, as the audience prepared for some high-octane entertainment—or in this case—gasoline- and diesel-fueled entertainment. Results from Saturday’s runs are at the end of this article.

Sunday, the Gymkhana events were taking place at the Horse Arena by the fair entrance. Youngsters competed in several equestrian events throughout the day.

In the fair’s main building more than 200 people gathered for the Gospel Sing. Members of churches from throughout Pike County came to listen and perform, singing songs that praised God.

Master of Ceremonies for the afternoon’s performances was Pastor Kelly Hardcastle from Troy, Mo. He thanked the ladies from the group Prayer and Action in Christ Together for coordinating the event and brining together all the people to worship God in song. PACT is part of the Bowling Green Ministerial Alliance.

Last year, the event had been cancelled because of the pandemic. This year, everyone was ready for some uplifting music and meaningful prayer to start off the 2021 Pike County Fair.

Karen Arico, one of the four women who are part of PACT, said they are also planning a Spring Sing.

During the intermission, those in the audience made an offering. Arico said nearly $1,500 was collected that day, plus all the non-perishable food donated by those who came to sing. All the money is going to help with church programs throughout the county, and the food would go to those in need.

Arico thanked the Pike County Fair Board for allowing PACT to put on the Gospel Sing at the fairgrounds.

PACT also recognized several groups including veterans and farmers, as well as essential workers for all they do.

Hardcastle closed out the sing with the Lee Greenwood song, “Proud to Be an American,” which had everyone on their feet singing along with him.