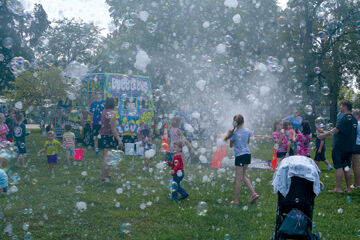 A blizzard of bubbles engulfed the crowd during the Rhythm in the Park event on Saturday. Everyone enjoyed a soapy good time. Photo by Stan Schwartz 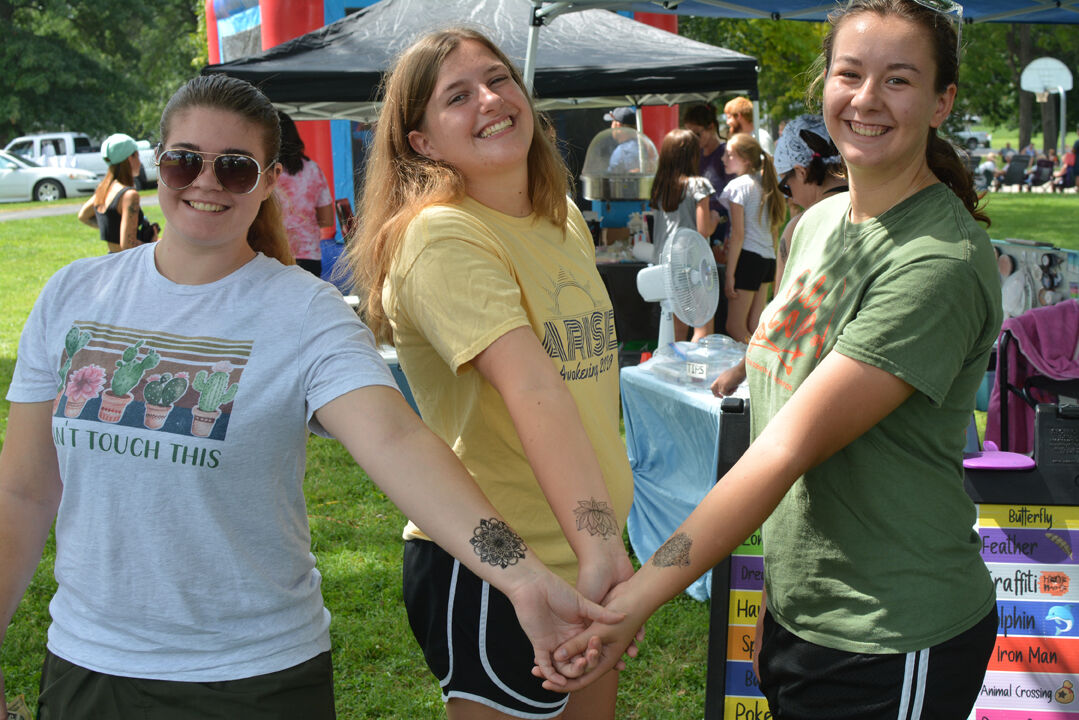 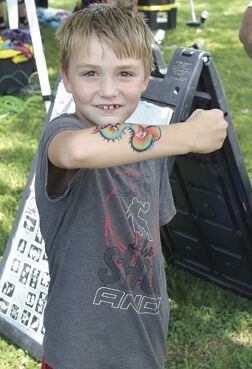 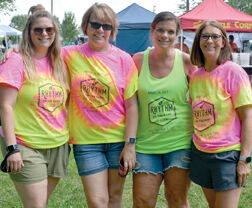 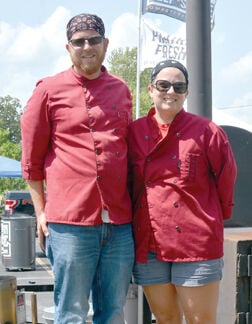 A blizzard of bubbles engulfed the crowd during the Rhythm in the Park event on Saturday. Everyone enjoyed a soapy good time. Photo by Stan Schwartz

Good turnout for Rhythm in the Park despite the heat

BOWLING GREEN—It was a day filled with great music, food and massive amounts of bubbles, as the city was able to hold its first open-air event since last year’s pandemic put a stop to most public gatherings.

The crowds were a bit lighter than in 2019, but there was plenty to do for those who did come. It was a great family event, and there were lots of things for children to do. Over on one side of the park, the Bubblebus had set up, sending thousands upon thousands of bubbles out across the grass. Children frolicked in the bubble blizzard, laughing and bursting as many as they could. And it seemed the adults “supervising” were having just as much fun.

Several bands had been lined up to play throughout the day and into the evening. The food vendors were offering up some wonderful meals or snacks; anything from wood-fired pizzas to chicken or beef kabobs. Beer Outside was on hand with their multitude of ales and pilsners. And Small Batch Winery was offering wine slushies. There were even a few vendors on hand with great products to sell. And to top it all off, a cotton candy vendor provided that extra sugary repast for those who were looking for a carnival-like treat.

In addition to the Bubblebus, there was a bounce house for the little ones. Next to that Kelly Johnson set up her Color Your Canvas booth where she was doing face painting—creating some fairly realistic tattoos on anyone wanting to sport some temporary body art.

One young boy, Logan Bowen, waited patiently while Johnson finished a large, colorful dragon on his forearm. Once it was done, his smile stretched wide as he showed it off, though he was going to have to wait until it dried before getting into the bounce house, which was next on his list of fun things to do.

Members of the Park Board were on hand to make sure things ran smoothly during the day.

Erica Mitalovich, who is on the park board, was walking with De Butler, Christy Dempsey and Park Coordinator Dena Conners.

Mitalovich said it was good having all the new electrical outlets they city had installed earlier in the year.

“It was definitely needed for events,” she said.

At about 1 p.m., the band King Benny began to play. That brought more people to the park to set up their lawn chairs under the large shade trees and listen to some amazing music. The other acts were: Alex Reyna, Country Soul, Riverside, and Chuck Briseno.

But at the east end of the park, in the small parking lot, nine competitors set up to compete in a backyard barbecue competition. These cooks were serious about their food and were jockeying to earn big points in the sanctioned cook off.

Because it was a backyard competition, they were only cooking two types of meat—chicken and ribs. They arrived early to make sure they had their smokers and grills at the right temperature in time cook what was needed for the competition.

The competitor’s offerings were judged on presentation, aroma and taste. The judges were cordoned off behind thick, plastic tarps, facing away from the competitors at a couple of picnic tables in one of the park pavilions. Each competitor was assigned a number and used that on the containers for their grilled items.

Tim and Autumn Waller, out of Eolia, were vying for good scores on their entries. They operate Red Shed Catering, but are still considered amateurs for this competition. They were using a home built smoker.

“It’s nothing fancy, but it gets the job done,” Tim said. He uses wood, although some of the other contestants used charcoal or  a mix of charcoal with wood chips for their grills.

They had to cook six individual ribs for the competition, but bought four racks just in case. It was the same with their chicken pieces. They brought 16 thighs to cook and would turn in six when it was time. They wanted to make sure they got just the right ones for the judges.

They competed two years ago at the Ribs on the River competition in Louisiana. They came in about the middle of the pack then.

Kansas City Barbecue Society representative Tina Weller was on hand to oversee the judging of the contest.

In a KCBS sanctioned competition, she noted, it’s imperative that the judging is fair and unbiased. She noted that in small towns, sometimes the judges know the competitors and that can skew the results.

Once all the meat was turned into the judging tent, some of the competitors just sat back to wait the outcome. Others began to pack up their supplies and get ready to haul their smokers home.

Bob Tepn and Marla Kiel came to compete as team Vudu’s BBQ out of Pittsfield, Ill.

“We used to spell it with two OO’s,” Bob said about his team’s name, “but another team appeared at a competition where we were cooking.”

He noted there’s also a big outfit out of New Orleans with the name Voodo, and he didn’t want to infringe on their name either.